BrickFlix Presents: Fever and The House of the Devil 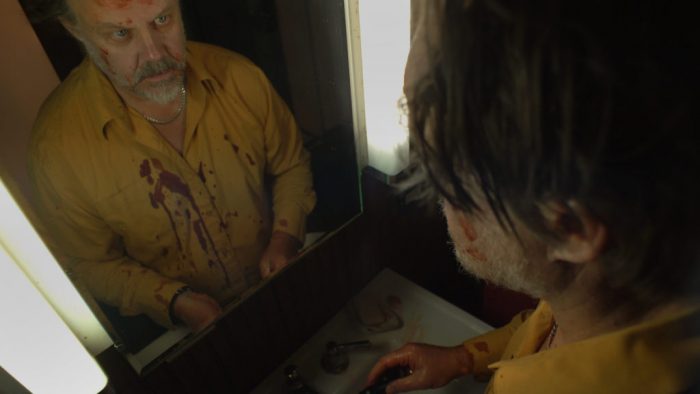 BrickFlix has resurrected just in time for Halloween!

We’re celebrating the return of BrickFlix with a hair-raising Halloween program, honoring indie horror auteur Larry Fessenden. There will be a classic Glass Eye Pix feature, a sneak preview of Larry’s spooky new short and vintage trailers from our secret weapon Gary Balaban.

Plus free ‘Depraved’ pizza from Two Boots and plenty of refreshments

First up, we will be treated to a program of vintage shorts from legendary cinefile and archivist Gary Balaban, then Larry Fessenden will introduce his latest short film Fever, “a mixture of spoken word narrative and disturbing images”  and we top it all off with one of the best horror films of the past 20 years, The House of the Devil, directed by Ti West.

Fever – directed by Larry Fessenden is a segment from Isolation – Nine tales of terror weave together the story of isolated citizens around the world as they confront their darkest fears in an attempt to survive an increasingly deadly outbreak. 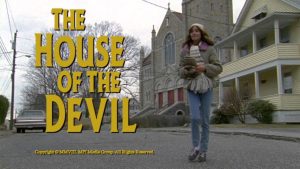 The House of the Devil – Desperate to make some money so she can move into a new apartment, college student Samantha Hughes (Jocelin Donahue) takes a mysterious babysitting job. When she arrives at the house, Mr. Ulman (Tom Noonan) mentions a full lunar eclipse and explains there is no child, but that Samantha will be watching his mother instead. After exploring the sinister-seeming house, Samantha soon comes to realize that her employers are hiding a horrifying secret and have plans to use her, dead or alive.

“The last segment that I want to talk about is the first segment, set in New York, “Fever” …
is objectively and subjectively my favorite segment …
psychologically scary and just incredibly depressing …
It left me in tears and sets the perfect pace for the entirety of the film.”
—Horror Obsession

“There are some that stand out as being more striking than the others,
but everyone really has brought their A-game. We begin in New York for Larry Fessenden’s Fever,
a mixture of spoken word narrative and disturbing images that sets the mood for what is to follow.”
—Hollywood News

“The opening segment, written, directed by, and starring cult indie legend Larry Fessenden
is also the most powerful. It opens with shots of a deserted New York –
something that would never be possible in other circumstances.
As he succumbs to fever, we’re treated to a stop-motion filming technique that’s really disorientating.
It concludes with a heartbreakingly poignant moment.”
—Starburst