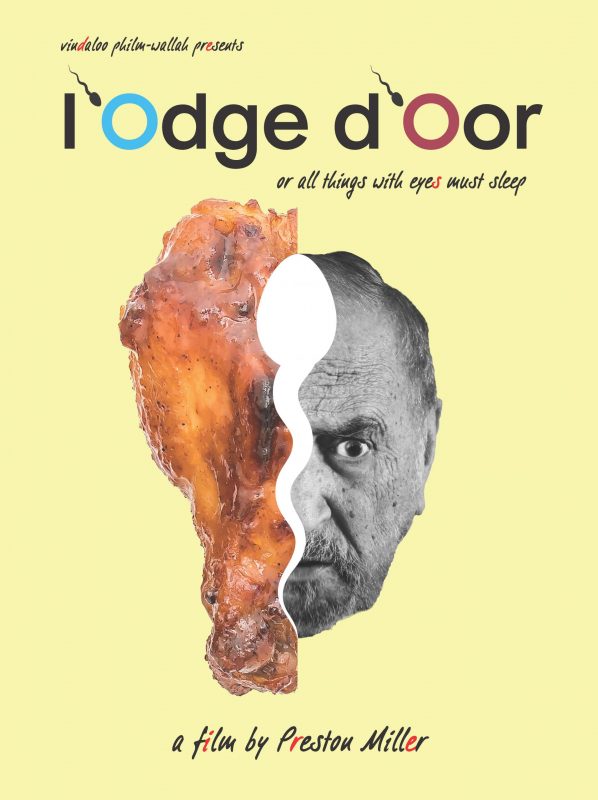 Have you ever wondered if God is so powerful, why does he permit such misery and suffering in the world? We haven’t.

A necklace of vignettes commenting on religion, society, humanity and sex, stretching from the Garden of Eden to the present, this feature invites a banquet of searching for the meaning of our existence through the subconscious. A ‘traditionally Surrealistic,’ modern juxtaposition of the absurd, the insignificant, the existential and the profound, an un-official sequel to Luis Buñuel’s The Phantom of Liberty. 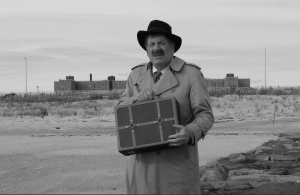 Directed by Preston Miller from a concept by producer Mark Jacobson, The Suitcase tells the story of a down-on-his-luck salesman who purchases a new valise in which to carry his hopelessly outmoded wares. Unbeknownst to the salesman, this new suitcase is imbued with magical features that will spark a creative rebirth.

Preston Miller is a filmmaker originally from NC. Languid producer, writer, director and editor of original media that draws inspiration from the sub-conscious and the Surreal. No family history of ‘female hysteria.’

Preston Miller’s first feature-length film titled “JONES”, was praised by the likes of Amy Taubin in Film Comment. A grim and graphic morality tale about a very likable guy who might be as detestable as any you’ll ever find. “JONES” shot in real-time over one hour and a quarter, enjoyed a successful run at the legendary Pioneer Theater in NYC Dec. 2007.

Inspired by a true story, his second feature, “GOD’s LAND” is about a religious group from Taiwan who travel to Texas to find Jesus on TV and the end of the world. Prior to shooting the film, he created an episodic audio production or ‘radio show’ with actors and sound effects to raise interest in the film version.

Over the last two decades he has written and/or directed a number of short films and videos, some of which showed in festivals in New York, Berlin, North Carolina and Kolkata, India.

Mark Jacobson is a long-time New York-based writer, a former feature writer for The Village Voice, New York Magazine, Rolling Stone and many others. He is the author of the novel Gojiro and several non-fiction books including The Lampshade and Pale Horse Rider the acclaimed biography of Ur-conspiracy figure William Cooper. His journalism has been adapted into the film American Gangster and the TV show Taxi. A grandpa, he lives in Brooklyn.