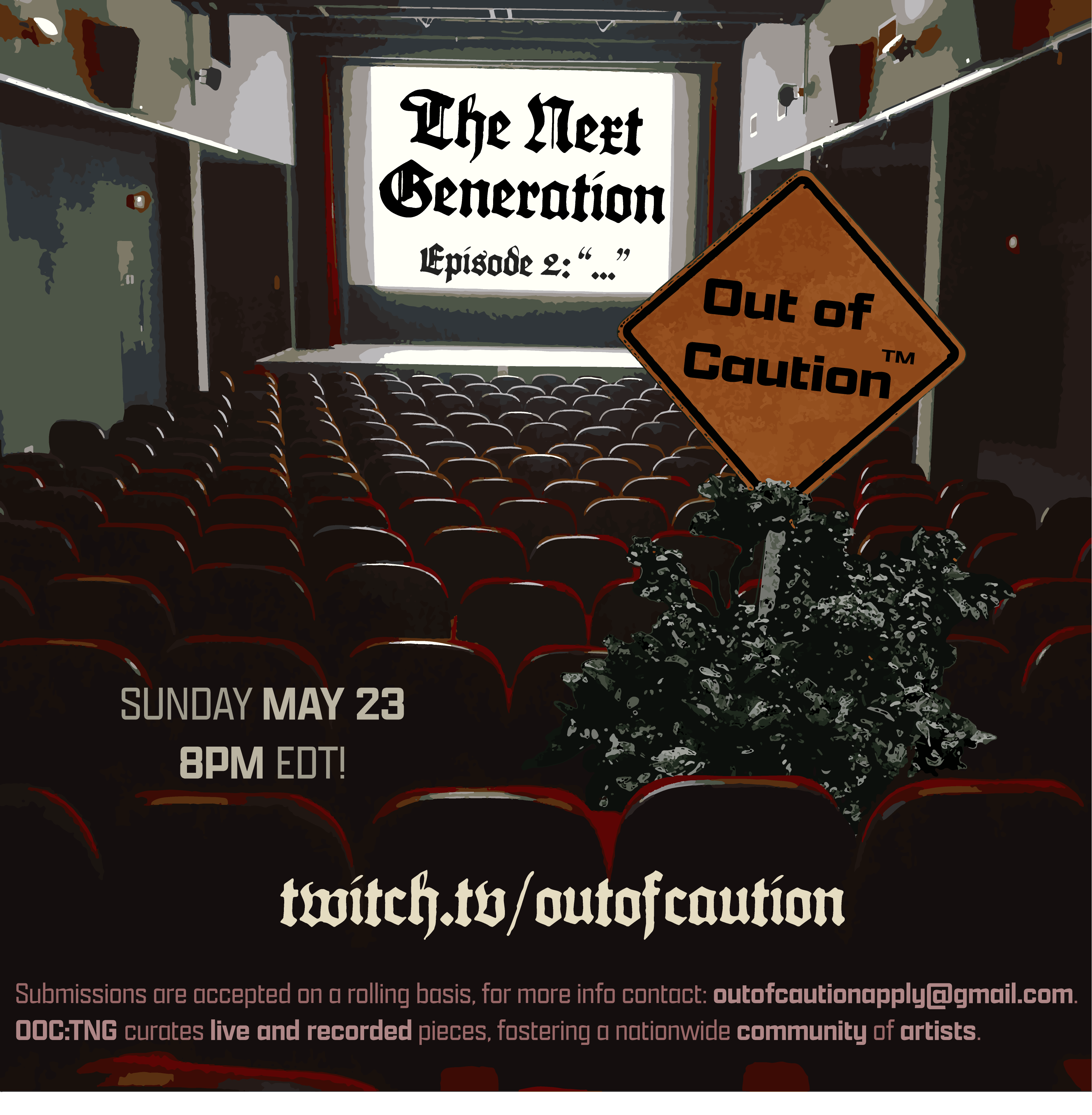 OUT OF CAUTION: THE NEXT GENERATION (OOC: TNG) is an avant-garde microfestival of innovative works and conversations streamed live on Twitch.
Born out of The Brick Theater in Brooklyn, NYC, we provide an inclusive and non-hierarchical platform within which students and learners can exist, express, and create. Pieces premiered here exhibit a new generation of creators and thinkers.
FEATURING:
Travis Amiel
Sophia Marilyn
Daelin Elzie
James La Bella
Grace Green
Frankie Ackerman
HOSTED BY:
Ryley Bernier
@academyawardwinnerlauradern
Streamed for Free, OOC:TNG EPISODE TWO will premiere live on
May 23 at 8PM EST on Out of Caution’s Twitch channel.
Co-Curated Harriet Veltkamp and Kate Zibluk
Tech and Graphic Design by Ben Sulzinsky
Social Media and Press Assistance by Caroline Cabe
***

Travis Amiel (T/T’s) is a multidisciplinary artist based in Bushwick. Travis makes art projects about about queerness, pretentiousness, shame, convenience, environmentalism, and other things.

***
Sophia Marilyn presents ALL OF US 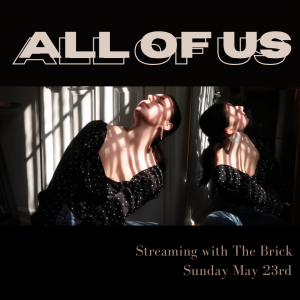 Inspired by Trisha Brown’s ‘Accumulation’ this piece explores who and what we’ve been in collaboration with during isolation. Where do magic and daily life intersect? Let’s find out! 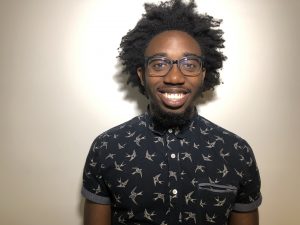 Daelin will be delving into the relationship between abused and abuser in the play Choir Boy as part of a larger project of what it means to be Black and Queer with a religious upbringing. As part of his performance there will be an explanation beforehand and a slight feedback session after.

Daelin De’Mari Elzie (He/Him/His) is a Houston Native and a junior at New York University pursuing his degree in Drama from Tisch School of The Arts with a minor in Music and Dance. Since his freshmen year of college, Daelin has been a part of numerous productions at Tisch such as Depression Flocks to Black Youth(Wil)(NYU: Pro Black One Acts), Glenn: The Play(Glenn)(Broke People Play Festival), The Colored Museum( Miss Roj), En Folkenfiende(Morten), Race To The Finish(Laquan), and Funny House of A Negro( Patrice Lumumba). He has also been a part of a zoom play production in collaboration with the Tisch LatinX collective called the Elaborate Entrance of Chad Deity( Chad Deity). Additionally, he played Kendrick in the Web Series Mediocre by Tisch Student Ibi Han. Back home in Houston, he was a member of Theatre Under The Stars where he was in Orpheus and Eurydice( Orpheus), Once on This Island(Gatekeeper), Memphis: The Musical( Virnin), Joseph and The Amazing Technicolor Dreamcoat( Jacob), and was a member of their performance troupe; performing at local banquets and venues across the Houston area. When he wasn’t performing back home Daelin found joy volunteering at Holthouse Boys and Girls Club downtown where he helped create a Theatre program for inner-city youth and for which he was nominated as his club’s National Youth of The Year candidate two years in a row. You could also catch him working as a camp counselor for children with disabilities in the arts at The River Performing and Visual Arts Center. Stay Blessed and at Peace. 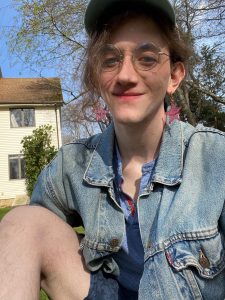 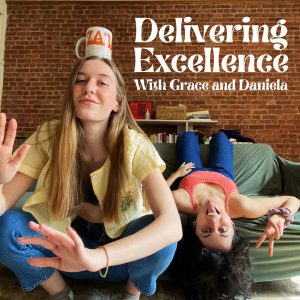 A live discussion with Grace from the Delivering Excellence podcast.

Delivering Excellence with Grace (she/her) and Daniela (she/her) is a new advice column-style podcast that covers everything from college life, mental health, dating, to living in NYC.