Out of Caution: The Next Generation – The Pilot Episode 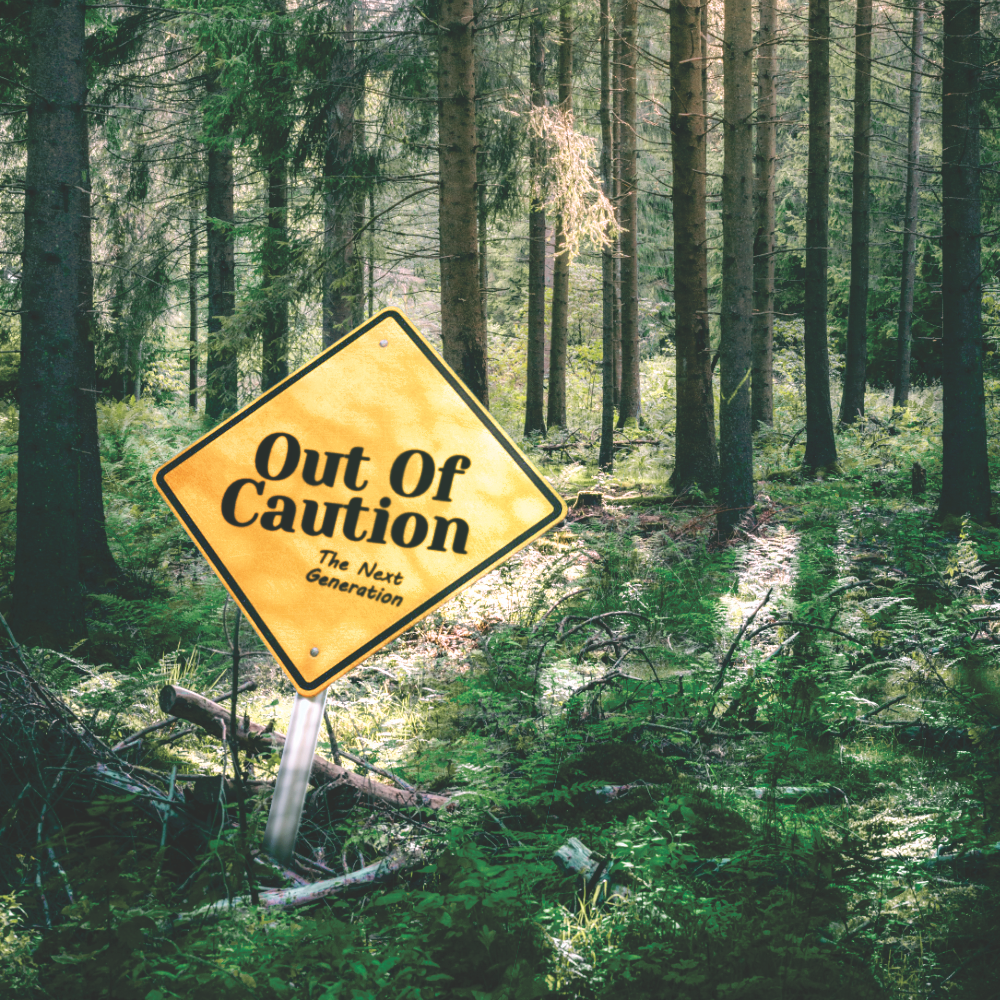 OUT OF CAUTION: THE NEXT GENERATION (OOC: TNG) is an avant-garde microfestival of innovative works and conversations streamed live on Twitch.
Born out of The Brick Theater in Brooklyn, NYC, we provide an inclusive and non-hierarchical platform within which students and learners can exist, express, and create. Pieces premiered here exhibit a new generation of creators and thinkers.
Streamed for Free, “The Pilot Episode,” will premiere live on April 18th at 8PM EST on Out of Caution’s Twitch channel.
Co-Curated Harriet Veltkamp and Kate Zibluk
Tech and Graphic Design by Ben Sulzinsky
Social Media and Press Assistance by Caroline Cabe 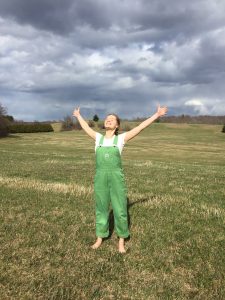 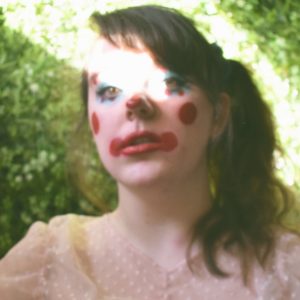 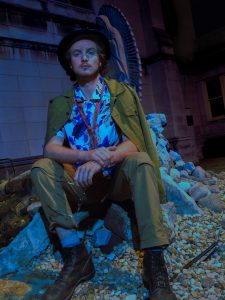 This is a participatory performance art score so go ahead and get ready to move. We promise it will not be too much physical activity.

Aru Hanger, he him his// My art stems out of the library rather than the studio. An artist should be like a librarian collecting tools and concepts and giving people a chance to reflect with them. I did not go to art school. Instead I created my own path in liberal studies at the New School. I turned my classes on art theory, philosophy, sociology, modernity, nationalism, and humanism into the basis for my creativity. Performance art becomes the field study of these theories in action. The question I am left with over and over as a teacher, artist, and organizer is, “How can confusion create space for new trust to form amongst loved ones and strangers?” The tools I use to reflect upon this question with the audience are: endurance, impossible tasks, reliance on strangers, overlaying of speakers, recorded speech, interrogation, splitting the audience’s attention, and guided imagination. This has led to the following themes developing in my art: dignity, uncertainty, theft, displacement, institutional decay, secularization of religious iconography, and belonging. The purpose of reflection is often unclear. Art can feel meaningless – like searching through a vacant library of books written in an abstract language, until a stranger or friend realizes that you’re both working on the same translation. These are the moments I create art for. 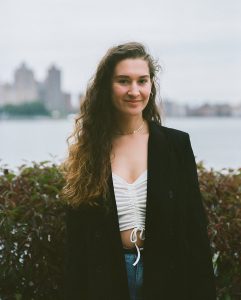 “I was on my way to work on Friday March 13, 2020 only to find a completely empty train that was normally packed with commuters. Most peoples’ jobs had already ordered that they work from home. Having recently come back from a trip to Asia, I was one of only a few people who were wearing masks and I received lots of stares. This was my last day commuting to work and the last day I’d step foot in that office since I was later laid off.

I felt so much panic and confusion that day that I even bleached my coat by accident in an attempt to sanitize it. I knew something big was about to happen. When I got home that day, I made this film using audio clips from the media saying a million different things at once to evoke the strangeness and uncertainty of that time.”

Victoria Duncan, she/her I am a filmmaker based in NYC. I graduated from NYU Tisch School of the Arts film school and have since worked in post production management for scripted and documentary series for Netflix, FX, Vice, USA, and CBS, as well as commercials for companies like Kohl’s and PetSmart. I recently was selected for D5in10, a creative portfolio building program through Droga 5, Ad Age’s Agency of the Decade. I plan to continue delving into documentary filmmaking and pursue commercial directing, hoping to eventually direct a feature film. 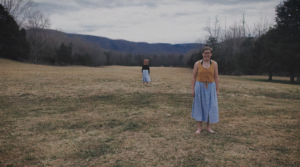 A short film about the culture of performative happiness.

Josie Wiegandt (she/her) is a director and performer with a background in theater. She is attempting to learn how film works, so she hopes that you enjoy her first foray into this medium of storytelling.

Find her on all social media @josiewiegandt

I will be walking in with plain white shoes. Sitting down talking off my shoes and then painting all of my toes different colors. When I am done painting my toes I will put socks and shoes over the wet paint and walk away!

Addison Sepulveda (she/her). I am currently a first-year student at The New School. I grew up in Utah generally spending most of my time in the mountains utah has to offer. I am passionate about the arts in general, especially art history, photography, and of course performance art.

And the Trees Fall Down is a film that was created in the summer of 2020 as a thematic teaser for a play of the same name by Viviana Prado-Núñez set two months after Hurricane Maria in Puerto Rico. The film is simultaneously a work of found poetry, object theatre, and a reflection on the parallels between Hurricane Maria and the present day through the words of Puerto Ricans whose relatives died in the aftermath.

Viviana Prado-Núñez (she/her/hers) is an author, poet, and playwright born in San Juan, Puerto Rico in a hospital with a 4.0 Google review rating and a view of the ocean. Previous credits include winning the 2017 Burt Award for Caribbean Young Adult Literature, finalisting for the 2020 Greenhouse Residency with SPACE at Ryder Farm, longlisting for the 2020 International Dublin Literary Award, and appearing on the New York Public Library’s recommended reading list for 2020 National Caribbean American Heritage Month. She has also developed plays with The Center at West Park, Echo Theater Company’s 2019 National Young Playwrights in Residence program, Corkscrew Theater Festival, and The Parsnip Ship. She is currently based in New York City. BA: Columbia University, 2020. (www.vivianapradonunez.com) |

Jeff Fan (he/him/his) is a filmmaker interested in how stories can function in coalition with political, economic, and technological forces to motivate action, nurture empathy, and envision collective futures, particularly in immigrant and global frameworks. His past films have been recognized by President Obama, screened at festivals across three continents, and unexpectedly celebrated by the Camila Cabello fandom. He is the author of a YA sci-fi series about teens and androids eight years in the making, and a strategist at Fathom+Hatch, where he helps organizations innovate tomorrow’s world through a culture-and-human-centric lens. Jeff holds a BA in Film and Business from Columbia University and now divides his time between New York and Shanghai. (www.byjefffan.com)

New live episodes will continue to come out on the second Sunday of each month for the foreseeable future. Each week, the festival curated live and recorded pieces, fostering a community of artists that now spans the country.
Presented by The Brick Theater
ABOUT THE BRICK:
The Brick enters its third decade with a bold new vision and an abiding belief in the power of art. With a renewed focus on multi-week theatrical runs and a dynamic line-up of singular one-off events, The Brick is Williamsburg’s primary incubator of innovative theater and performing arts.
+ Google Calendar+ Add to iCalendar