The Brick – A Work in Progress Reading 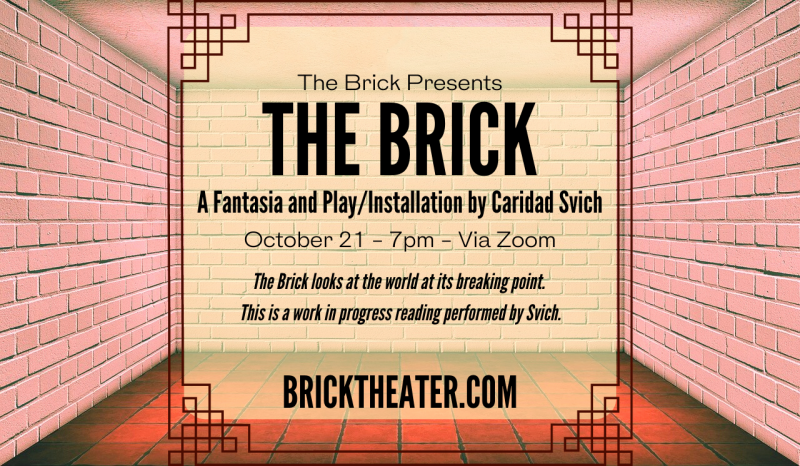 The Brick presents
The Brick
by Caridad Svich
October 21, 2022
7pm
Via Zoom

“A long time ago a group of men sat in a room. They created a document that would change the world forever. This document was called The Brick.

This is their story, even if they will not always appear in it, because you could say their story became a version of the world.”

The Brick is a fantasia and play/installation by Caridad Svich. It looks at the world at its breaking point. This is a work in progress reading performed by Svich. 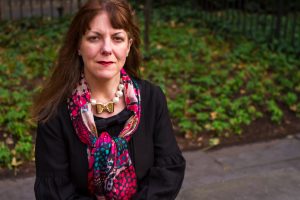 Caridad Svich received a 2012 OBIE for Lifetime Achievement. Her work has been seen in print, live and virtual stages at diverse venues across the US and abroad. Key plays in her repertoire include 12 Ophelias, Iphigenia Crash Land Falls…, Red Bike and The House of the Spirits (based on Isabel Allende’s novel). Theatrical; transmedia world premieres in 2021-22: The Book of Magdalene at Main Street Theater, Houston, Theatre: a love story at Know Theatre, Cincinnati, The House on the Lagoon, based on Rosario Ferre’s novel, at GALA Hispanic Theatre in Washington D.C. Eva Luna, based on Isabel Allende’s novel, at Repertorio Espanol in NYC, Ushuaia Blue at the Contemporary American Theatre Festival, and Bernarda Alba, the opera, at Cleveland Opera Theater. Among her recognitions are an American Theatre Critics Association Primus Prize, the Edgerton Foundation New Play Award, and National Latino Playwriting Award (which she has received twice). She has edited and/or authored several books on theatre, most recently Toward a Future Theatre published by Methuen Drama. Her second feature film Abilene (as screenwriter) is currently in post-production.