I Don’t Wanna See That 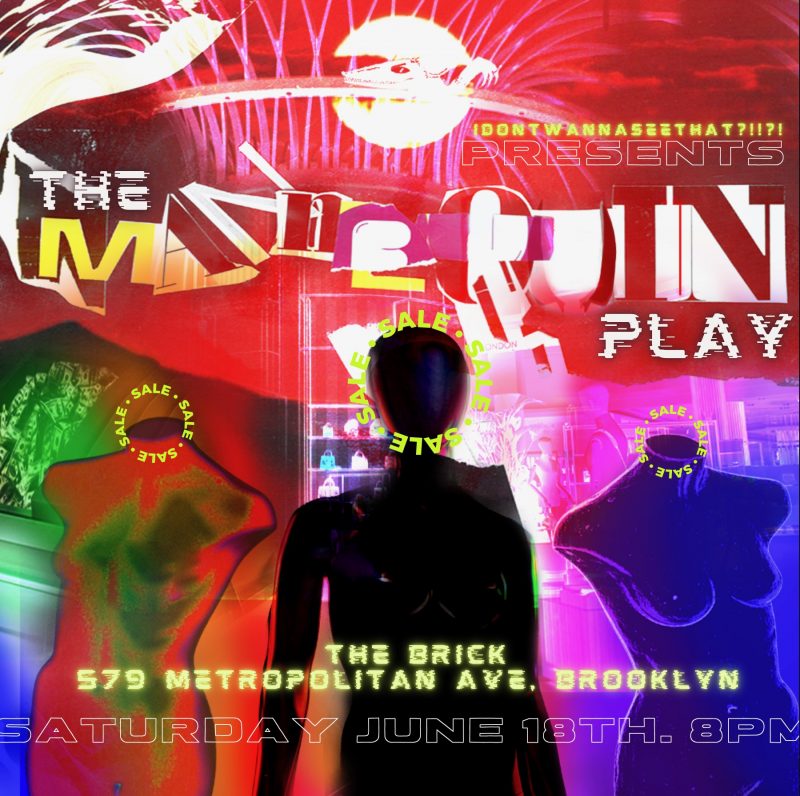 The Mannequin Play is a drag/theatre hybrid that follows a community of three mannequins at a Rainbow in Bushwick as the store’s closure separates them from each other. One is sold to a new store, one is sent to the garbage dump, and one is left behind at the defunct Rainbow. These mannequins must fight across time and space to reunite with each other.

I Don’t Wanna See That