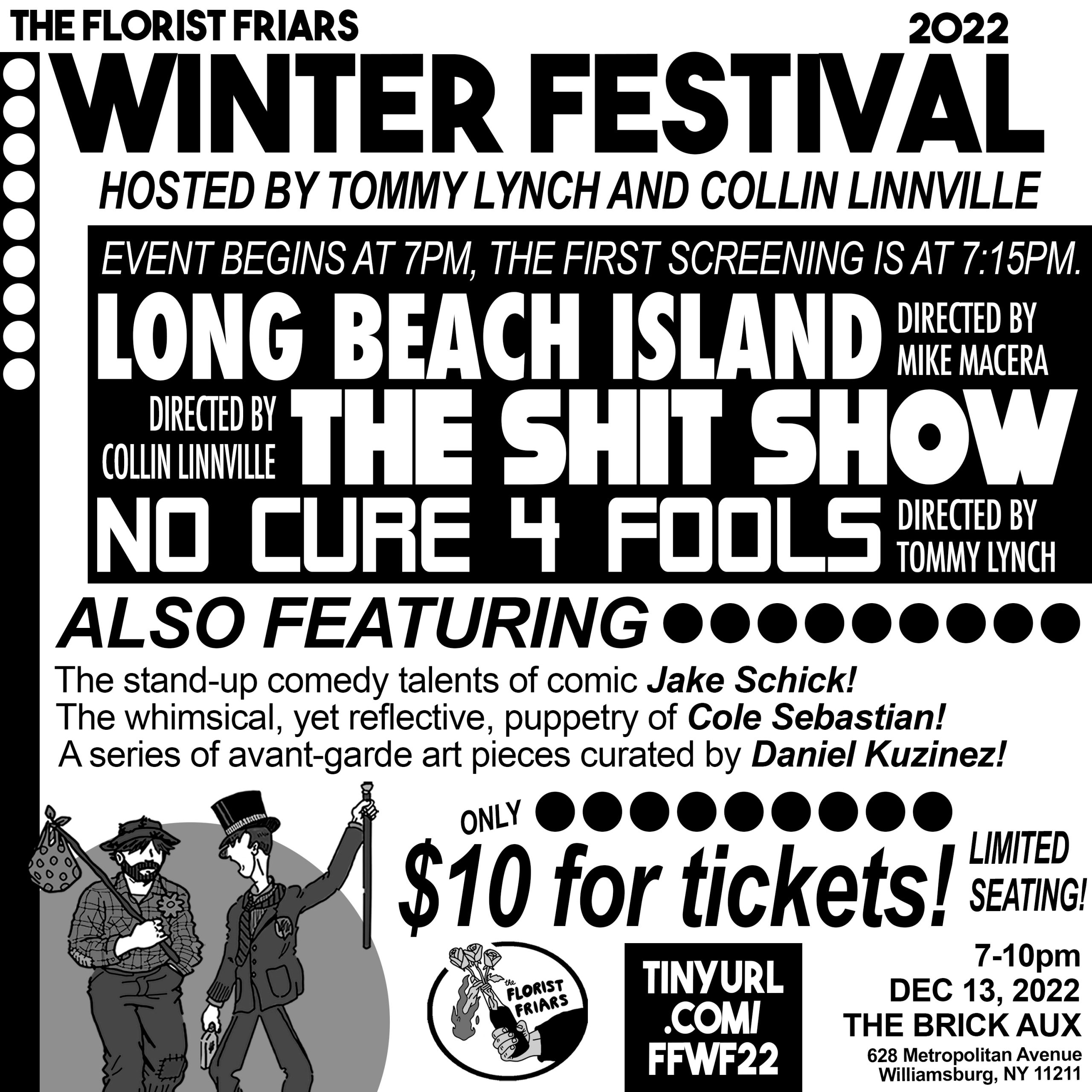 Hosted at The Brick’s Aux space in Williamsburg, Brooklyn (easily accessible from the Metropolitan-Lorimer stop on the L train and the G train), The Florist Friars present ‘The Winter Festival!’ An artistic social gathering to premiere three independent short films; Long Beach Island (dir. Mike Macera), The Shit Show (dir. Collin Linnville), and No Cure 4 Fools (dir. Tommy Lynch). In addition to these short films, the event will feature the stand-up comedy talents of Jake Schick, the witty and whimsical puppetry of Cole Sebastian, and a cutting-edge selection of artwork by curator Daniel Kuzinez.

BRING CASH! Drinks will be available for consumption by donations.

Long Beach Island – Adam moves into the suburbs with his girlfriend after getting rich from bitcoin. Their old pal Tony and his girlfriend come to spend time in their new big house with them. What happens next gets awkward, and I don’t know how to describe this movie anymore than that. But you’ll love it! Come see it.

The Shit Show – Collin lives in Brooklyn with his pet frog; until his pet frog dies one day. This emotional trauma sends Collin into a manic episode where he convinces Tommy, his coworker, to take a poop in the woods for money in the name of performance art. (This movie is the reason I own a golden urinal)

No Cure 4 Fools – Three degenerates hang out drinking and smoking in a public park at night. When suddenly a creature they’ve never experienced approaches them holding a cryptic pyramid. This film is pretty spooky