FEATURING… Exponential at The Brick 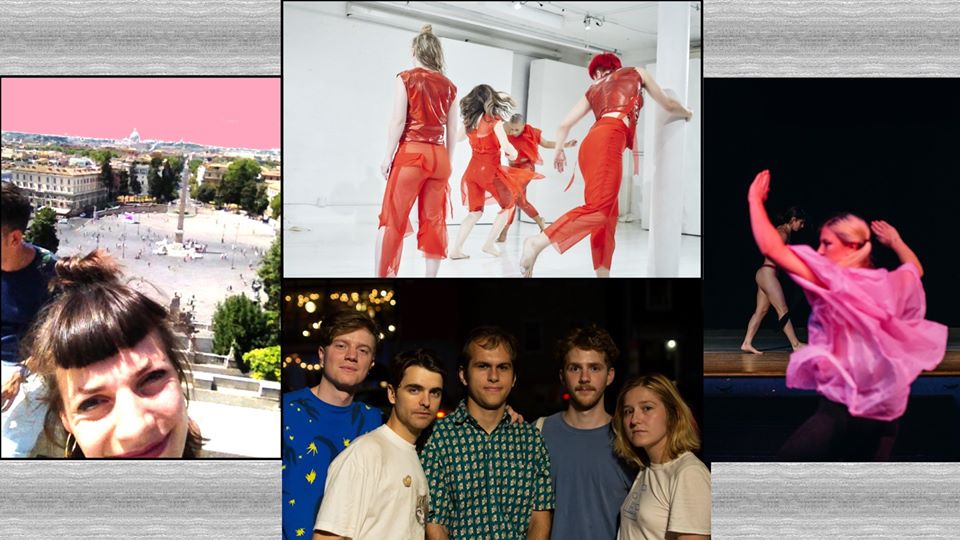 Featuring, in no particular order:

with Leonie Bell and Andrew Murdock

This is a fake scientific experiment about the relationship between hoarders and airplanes. This is the nostalgizing and repurposing of memories to avoid misanthropy. This is immersive fan-fiction about the trips our parents went on. Don’t worry, snacks will be provided. Avanti popolo!

L’iat (Language is a Thing), or the Institute for Semiotic Materialism, is a recently formed multidisciplinary artist collective based in New York. We began working together as an attempt to foster a practice that is implicitly communal, where the individual ego is subverted and mocked. Revolving around an interest in strategic games, maps, sci-fi, and the ambiguity of historical narrative, L’iat humorously critiques the idea of American exceptionalism and lampoons the suburban white male. Synthesizing various media in a playful manner that mocks the pedantic, we question assumptions of how we understand the past.

A new play by Simple Town.

Written and Directed by Simple Town.

Simple Town is Felipe Di Poi, Ian Faria, Sam Lanier, Will Niedmann & Caroline Yost. They are a Brooklyn-based comedy group who make plays, videos, and sketch. Their new play The Solution Du Climate Change premiered at last year’s Exponential Festival, and they have have performed in ?!: New Works Festival, and on The Special without Brett Davis. Their video work has appeared on Adult Swim and at the New York Television Festival.

Hot Oil On the Tarmac

This new choreographic work by Gwendolyn Knapp will explore the performativity of metal based costumes. In collaboration with performers Molly Ross and Emma Lutz-Higgins, the piece will compose and seethe the essence of a cacophonous, a-tonal orchestra.

Choreography made in collaboration with Molly Ross and Emma Lutz-Higgins