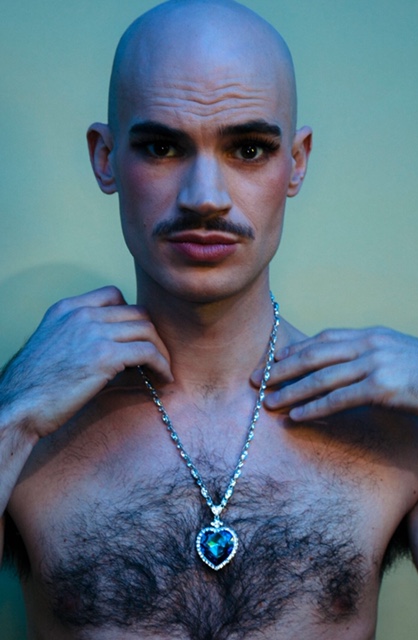 “An entire generation of 20-somethings first fell in love with cinema — and Leonardo DiCaprio — when Titanic landed in theaters on December 19, 1997.

Never Let Go, designed and performed by Michael Kinnan, is a hilarious and emotional one-man show dedicated to the Ship of Dreams. Kinnan, who grew up worshiping the movie and its iconic cast of characters, plays all of them. Tall, slender, and lithe, Kinnan uses his dancer-like physique and long, elegant limbs to completely immerse himself into each character.

Over the course of roughly one hour — no, the performance (thankfully) doesn’t share the same run time as the film — Kinnan expertly reenacts Titanic’s most memorable moments. While he excels at physical comedy and uncanny impressions, it’s Kinnan’s vocal talents (he replicates the exact accent and inflection of each character) that are most impressive to behold.

And though Titanic’s tragic ending is no surprise, Kinnan’s musical finale is sure to sweep any audience off its feet. See Never Let Go when it returns…” – Loren DiBlasi

A little history:
All you need to know is that he was assigned to do a solo performance that best represented him in a college course called Beyond Naturalism. Michael, day of, created a one-person 15-minute abridged version of James Cameron’s Titanic.

Never Let Go was born years later in Times Square when he was having dinner on a charming date and that date said – I wanna produce and develop this show with you. We had just elected a new President and there was nothing to lose. That date made this boy’s fanatical dreams a reality in 2017 at the Drama Book Shop.

6 months later, while making mediocre cappuccinos at a cafe that no longer exists, Michael was introduced to Theresa Buchheister through his landlord. Theresa did something unthinkable in an artists’ life. She said yes to mounting the show, sight unseen.

Michael’s Bio:
As a person who has struggled with labels since first being called “Giraffe Boy”, Michael prefers you simply refer to him as a Titanic Fan. He’s a sometime yoga teacher, masseur, performance artist, salesman and building manager. 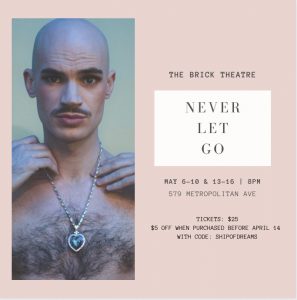