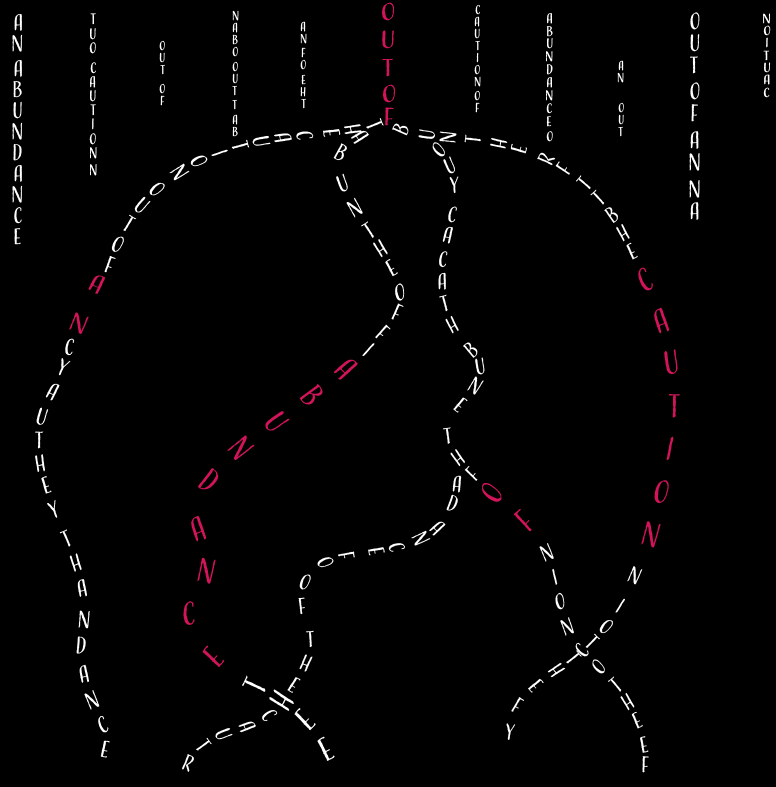 OUT OF AN ABUNDANCE OF CAUTION is thrilled to team up with YOUR UNCLE RICHARD for our 37th installment! 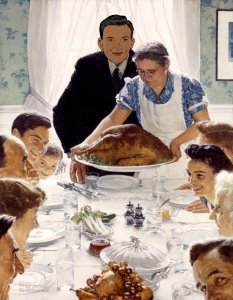 YOUR UNCLE RICHARD is a long-distance arts collaboration that connects an ever-growing family of strangers. Structured like a game of telephone, each cycle begins with one artist who creates a prompt and passes it on to the next participant. The chain continues with each artist seeing only the piece that has come before theirs and making a new piece. In the past four cycles, the project has connected folks from across the world. Performers, poets, cartoonists, chefs- this project is an exercise in hearing and celebrating other perspectives.

IT IS NOVEMBER – LET’S BREATHE… and EAT!

Your Uncle Richard was curated by Kelly Lamanna and Katelyn Douglass 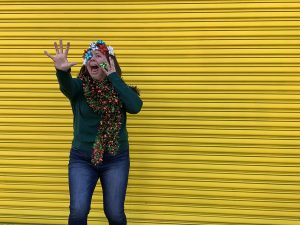 Kelly Lamanna –
To kick off this cycle of YOUR UNCLE RICHARD, Kelly presents a short film from a Florida quarantine with her family- a small fantasy of safety and security.
Kelly Lamanna is the co-creator of YOUR UNCLE RICHARD with Katelyn Douglass. Together, their project has connected strangers from across the world to make art together. Kelly and Katelyn created this project in 2014 as a way to create an ensemble from a distance, which is now more relevant than we could have imagined. Besides Richard, Kelly is a New York-based theater maker who has worked proudly with Target Margin Theater, Meta-Phys Ed., Minor Theater, and FEAST. 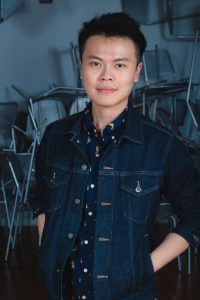 Dennis Yueh-Yeh Li –
A short film inspired by Roland Barthes’ “A Lover’s Discourse”
Originally from Taiwan, DENNIS YUEH-YEH LI works as a director, playwright, performer, and performance artist. Dennis’ works explore sexuality and power structure to provoke understanding of identity, and societal relationship. Dennis is especially interested in adaptation of rarely produced modern classics. His adaptation works provide a unique perspective on time and space, and connect with current sociopolitical phenomenon. His works were presented at New Ohio Theatre, Judson Memorial Church, Theater for the New City, and Dixon Place. Dennis earned his MA in Performance Studies at Tisch School of Arts, New York University.
Dennis worked with The Living Theatre, and is an alumnus of the New York Directing Fellow of Drama League and the Institute Fellowship of Target Margin Theater, Dennis is also a member of Lincoln Center Theater Directors Lab. Currently, Dennis works on the artistic director team of the newly founded Al Límite Collective. 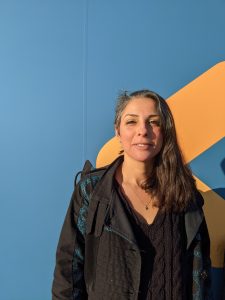 Rawya El Chab –
Live performance accompanied by live Synth music featuring Roland Barthes essay “Harcourt actor” and Xavier Forneret poem “A Disgraceful Poor Man”
Rawya El Chab is a Brooklyn-based Lebanese theater maker. As a multidisciplinary storyteller, Rawya has extensive experience in physical, interactive, and street theatre. Her career trajectory has combined classical training in theatre with contemporary art and community engagement. During her career, she participated in major productions, working with leading theatre and cinema directors in Lebanon, such as Roger Assaf, Nidal Al-Achkar, and Danielle Arbid. Coming of age in the aftermath of the Civil War in Lebanon, she has come to understand and experience theater making as a critical place and practice where we suspend the state of emergency and reflect on what matters to us. She co-founded a number of theatre groups in Lebanon and worked with numerous local artists on experimental projects and art performances. Her vision and trajectory explores three interlaced projects: the democratization of the tools of theater as a means to respond and dismantle oppression; reclaiming public space as an extension of art-making practices; and asserting freedom of expression as a basic right for all. Her process is immersed in ludic practices. She designs a flow of playful games to experiment with tools of theater making, and engage with ideas and concepts. 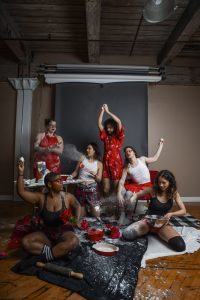 HOT KITCHEN COLLECTIVE –
Hot Kitchen will be showcasing a video collage. Each member was given space to create a one minute piece that was then edited together by group member, Katelyn. They are all silent movie stars – but some of them might talk.
Founded in 2016, Hot Kitchen is an experimental theatre and performance collective based in Chicago. Through any potential combination of core members and collaborators, Hot Kitchen devises performances and experiences exploring stupidity at its core. Their work is untethered from linear plot structures and logical reason, often resulting in a potential for genius, and even more often failing to reach it. Their focus is on creating truth in a sea of chaos, paired with cheesy choreographed movement.
+ Google Calendar+ iCal Export