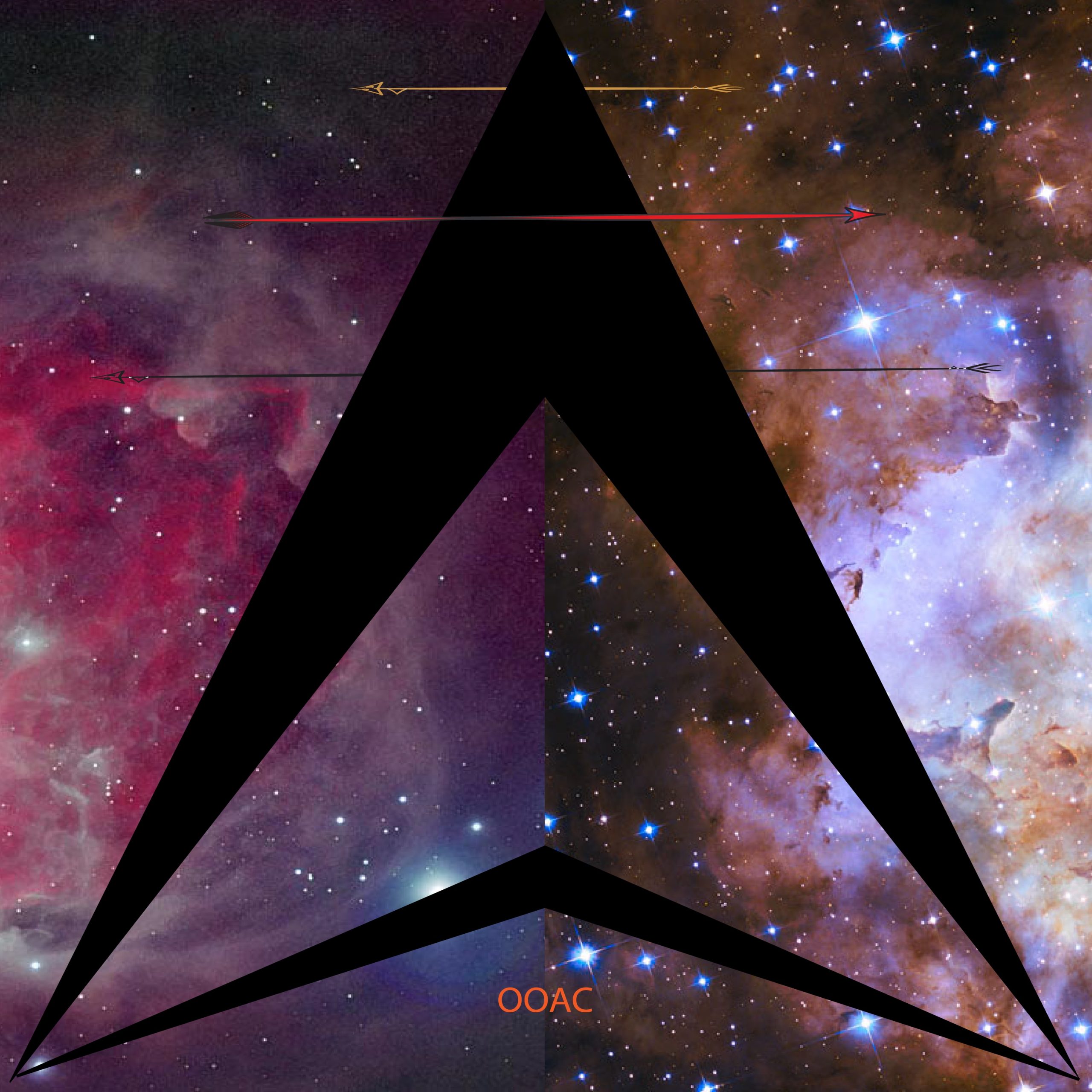 Out of an Abundance of Caution: Volume 38 –

What does it take to be a star? 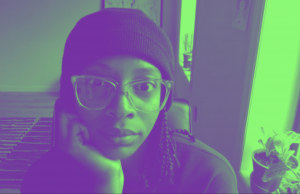 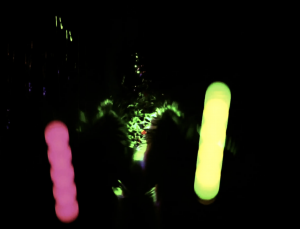 A meta creative journey about creative empowerment, In this episode of Lucky Star performance cycle, Bree and Daniel look in a mirror at their image. At the same time, in the corner of the room, they see the poster of their favorite teenage icon, looking back at them. They are transformed into superheroes.

Bree Breeden – Reflecting on her childhood years, living at her grandma’s house, Bree’s story explores otherness, intimacy and identity, and the pursuit of happiness through the lens of dance. Playful and inventive, Bree describes how she is in the present – how she can be both intense and dramatic – when she performs on stage. The stage is the sacred space where she can transform into her favorite being – the mythical Pegasus, half-human, half superhero. And just like Pegasus, she learned to dance, shifting gravity, operating just off of pure energy.

In episode 3, Daniel Diaz is cast as a supernatural, magical version of himself. He addresses queerness, otherness and describes a close encounter with an Alien. 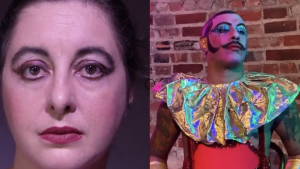 The collective’s recent collaborations in New York City include: Virgo Star addressing Cowboy iconography and toxic masculinity in a site-specific environment, presented at Bronx Academy of Arts and Dance and at La MaMa (2019) which received a New York Magazine’s Bedford + Bowery Performance Pick; CowboysCowgirls performance in an activated environment which featured the story of the downtown icon and drag performance artist Agosto Machado, and was presented in New York City at JACK, Bronx Academy of Arts and Dance, and in Toronto at Rhubarb Festival, and hailed by CULTUREBOT “a strong gesture about collective queer yearning on a deeply microscopic, personal level”; Gemini Stars/ Scorpio a performance and video-interview project addressing LGBTQ social media entries about coming out stories, presented at La MaMa and Exponential Festival (2017), hailed by Eva Yaa Asantewaa/ InfiniteBody as “with poignancy enhanced by spirited presentation”; and Hildegard (Vision) addressing Hildegard Von Bingen’s same-sex love, presented at Governors Island/ Process Space Residency and St. Ann’s Warehouse (2015) which received a Time Out New York Critics’ Pick. www.pioneersgoeas.org

Bree Breeden (performer/ choreographer/ writer) is from Cheraw, S.C. Currently, she is a dancer and the Managing Director for Proteo Media + Performance, the Operations Associate at Movement Research, Production Manager for Sidra Bell Dance New York, and dances with VON HOWARD PROJECT and Michiyaya DANCE. She also choreographs and performs her own work which has been presented at Embodied Spaces Festival, Montclair State University, Danceworks, ACDFA, and at Earl Mosley Institute of the Arts dance talk series. She was awarded the Choreographic Excellence Award in 2015 and Outstanding Performer Award in 2016 from Montclair State University.

Todd Carroll (cinematographer) is a photographer, and educator with over 25 years of experience, presently maintains a photo-studio in Brooklyn, New York, where he works freelance for various international magazines and publications, as well as his personally driven projects. He obtained a Master of Professional Studies in Digital Photography Degree from SVA in NYC in 2009 and since 2012 works and teaches classes there. http://www.toddcarrollphoto.com

Ryan William Downey (sound design) is an actor, playwright, and musician who serves as Associate Artistic Director of The Brick Theater and Co-Director of Title:Point, an experimental theater company that has been producing and presenting work in New York City for more than a decade. His most recent play, Sleeping Car Porters, was a New York Times Critic’s Pick and Biter (Every Time I Turn Around), which he co-wrote, was one of Helen Shaw’s 10 Best Plays of 2015. He has also written Periscope (featuring Richard Foreman and Mary Harron), Persistent Dream Body, The Assassination of Julius Caesar and co-written Post:Death, Never Odd or Even, Everything of Any Value, and SPACEtruck. He has performed at The Whitney Museum of American Art, La Mama, Incubator Arts Project, Dixon Place, The Brick, Invisible Dog, AS220, Silent Barn, the Gowanus River (in Jeff Stark’s The Dreary Coast) and many more venues in NYC and beyond. As a voice actor he has been heard on podcasts, audiobooks, in many plays and, most notably, on Pokémon film and television series playing a variety of characters.

Beth Graczyk (choreographer) Beth (choreographer/performer/ educator) is a Brooklyn-based artist and scientist. She brings a decade of teaching nationally and internationally, working with populations spanning from non-dancers to advanced professionals. She recently began teaching movement practices to artists with developmental and cognitive disabilities through Interact Theater in Minneapolis and is commissioned to make a new dance work with their LGBTQIA artists in 2019. She has a collaborative partnership with John Gutierrez (G^2), in which they co-teach improvisation and create performance works together. In addition, Beth partners with BAIRA in Detroit as a teaching and creative collaborator and is a resident artist for NYC-based Pioneers Go East Collective. Graczyk has performed throughout the United States and internationally in Japan, Ecuador, France, China and India for the past 17 years. Concurrently, she has contributed to 10 science publications in the field of cancer research. Graczyk travels annually to India to work as an educator and choreographer with Kerala-based artists Sen Jansen and Arunima Gupta. She co-directed the performance company Salt Horse in Seattle with Corrie Befort and Angelina Baldoz from 2008-2016. After moving to NYC five years ago, Graczyk launched a solo project called Desire Motor. In NYC, her solo works have been presented by Gibney, La MaMa, Judson Church, Jack, Triskelion, CPR, Movement Research, Oye Group, Kraine Theater, and through Pioneers Goes East Collective. She has been awarded residencies at Abrons Arts Center (NYC), The Marble House (VT) and through the NAP program (PA). She works part-time as a Research Specialist at Rockefeller University.

Anabella Lenzu (performer/ writer/ choreographer) Originally from Argentina, Anabella Lenzu is a dancer, choreographer and teacher with over 25 years’ experience working in Argentina, Chile, Italy and the USA. Her choreography has been commissioned all over the world, for opera, TV programs, theatre productions, and by many dance companies. Lenzu has written for various dance and arts magazines, and published her first book in 2013, entitled Unveiling Motion and Emotion. The book contains writings in Spanish and English on the importance of dance, choreography, and dance pedagogy. Currently, Lenzu conducts classes at Peridance Center and NYU Gallatin, and is Artist-in-Residence at CUNY Dance Initiative, 2019-2020.

Philip Treviño (production & lighting designer/ writer) is a 2010 recipient of a New York Dance and Performance Award (BESSIE) for his lighting and scenic design for Pam Tanowitz’s Be In The Gray With Me. He is also the scenic designer for Camille A. Brown and Company’s Mr. Tol E. Rance, which won a 2014 BESSIE for Outstanding Production. Recently, he designed lights for Jenn Freeman/Freemove Dance …it’s time… at 14th Street Y, Catherine Cabeen/Hyphen Give Me More at Theater for the New City, and Pioneers Go East Collective’s Gemini Stars/Scorpio Stars at La MaMa and CowboysCowgirls at JACK. Some of his other credits in lighting and scenic design can be seen in works by Brian Brooks Moving Company, Pam Tanowitz Dance and Chris Tanner/Brandon Olson’s Ravaged by Romance at LaMaMa. His work has toured nationally, internationally and at such notable venues as BAM, The Joyce, Joyce Soho, DTW, Lincoln Center Out of Doors, The Kitchen, La MaMa ETC., New York City Center and Jacob’s Pillow. He is a proud alumnus of San Francisco State University where he received a BA in Drama and a Minor in Music. Philip is Technical Director for the Dance Department at Marymount Manhattan College where he teaches Stagecraft for Dance. Complete details available at www.philiptrevino.com