Out of an Abundance of Caution: Volume Thirty Nine! 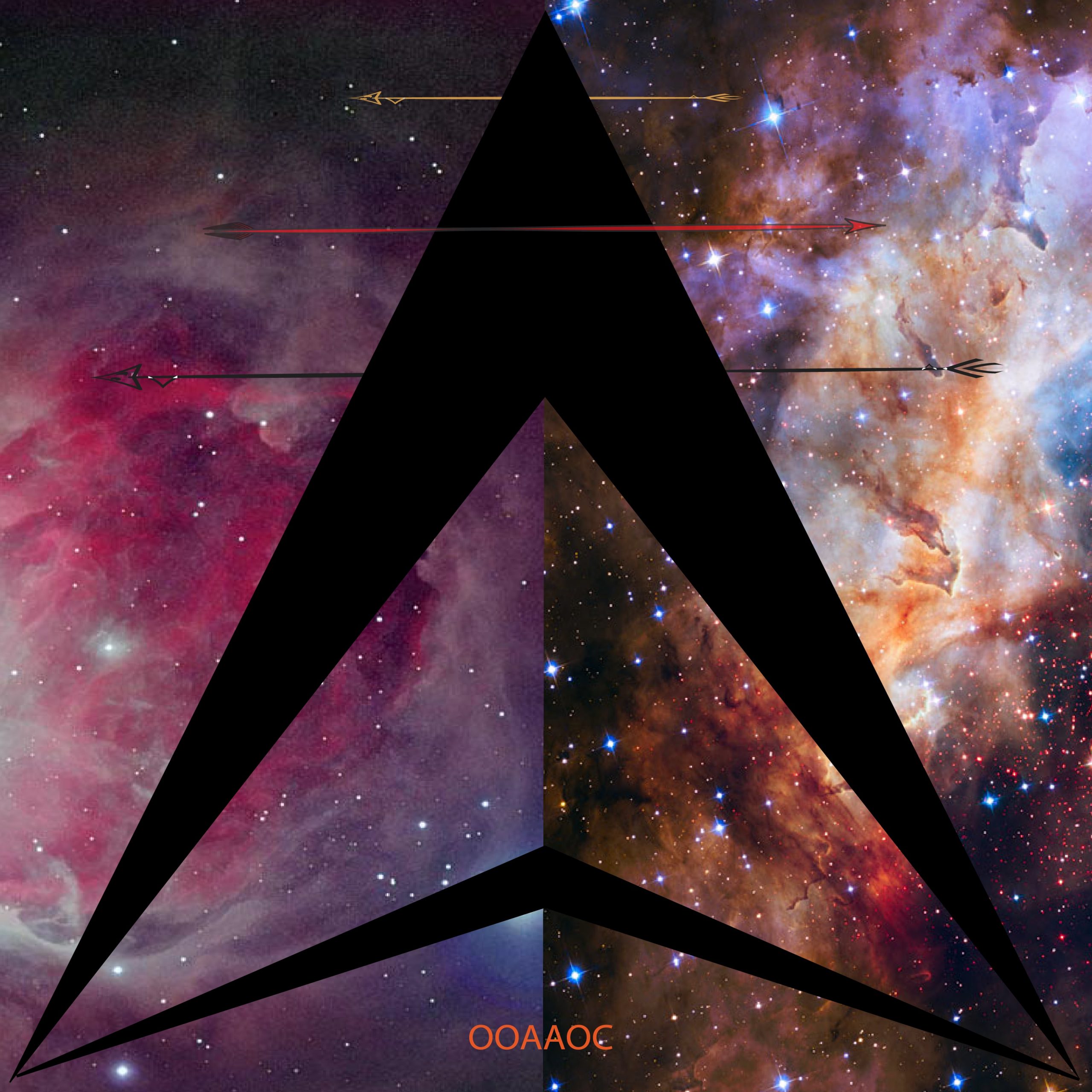 OUT OF AN ABUNDANCE OF CAUTION is an avant-garde microfestival LIVE + online of quick + dirty-fascinating work responding to and from the places and people with whom we select to shelter, on a wildly inclusive + non hierarchical platform
Produced by Lauren Miller, Jessica Almasy, Theresa Buchheister
Tech by Lauren Miller
Poster Image by Maya Sharpe
Curatorial Support from Harriet Veltkamp
FEATURING:
-Victor Morales
-Jessica Almasy
-Tommy Becker
-Xavier Rice
-Aston Hollins McClanahan
-Henry Vick
Hosted by Huge and Lucas!
***
get into it early, stay w us for the long haul
entry is free
tipping is encouraged (paypal.me/outofcaution)
flying by the seat of our pants here so
anything can happen
Sunday, December 13
8pm EST Show
www.twitch.tv/outofcaution
*** 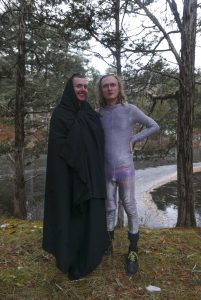 Huge and Lucas are a fuzzy mountainside porchlight flickering through a locust haze, hermanitos de alma, five hundred spoonfuls of poppy seeds, a matchbox containing suggestions for another impossible world. Frogs who love street performance and who believe that belief is strange and that community is the only lilly pad. Les gusta mucho comer maduros – enteros, aplastados, con huevos fritos, con la dignidad de una garza dentro de un río gigantesco, silbando sin rencor. Aspiring masters of no-one and nothing with dreams of fish and total poetic liberation. If life is absurd why not say so? It’s all coming out now! 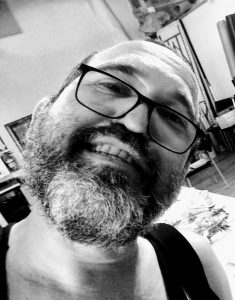 Victor Morales is a Multidisciplinary Artist whose work includes theater direction, video design, animation, writing, sound design, and digital puppetry. He has collaborated with international artists such as Chris Kondek (Berlin), Joseph Silovsky (NYC), Jim Findlay (NYC), Wolfgang Mitterer (Austria) among others. Since 2003, Victor has been obsessed with the art of video game software tech and has implemented different game engines into most of the works he has produced. In 2019 his multidisciplinary project Esperpento was selected to  be part of Sundance 2019 New Frontiers, also in 2019 the installation of Esperpento was awarded with “Best Immersive and Time Based Art” at the B3 Biennial awards at the Buchmesse in Frankfurt, Germany. 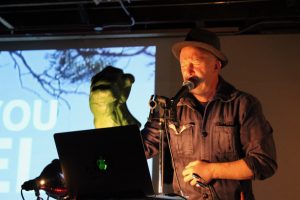 A poet trapped in a camcorder, Becker continues to feed his video, music and poems into his never-ending saga, “TAPE NUMBER ONE”. Often Becker’s single channel works are translated to live cinema performance. He has been an artist in residency at Headlands Center for The Arts and the Wexner Center for the Arts. His work has been shared at Bay Area Now 4 at the Yerba Buena Center for The Arts, Freewaves’ 10th Biennial Film, Video & New Media Art Festival, Los Angeles; White Columns, New York; Ann Arbor FF; Chicago Underground FF; Currents New Media FF; Perth International FF and Black Maria FF.

Since 2004, he’s worked as an arts educator in the Bay Area.

Video, Music and Text: written, recorded, edited and performed by Tommy Becker. Since 2001, Tape Number One has been rethinking the relationship of music and cinema in its development of investigative visual music. Blending elements of the rock opera and documentary filmmaking, the tape’s themed visual investigations are driven by melodic soundtracks interspersed with spoken word and found dialogue. Championing content over form, the tape embraces a hybridized form of research that blends poetics, songwriting and performance with found footage, animation and design. 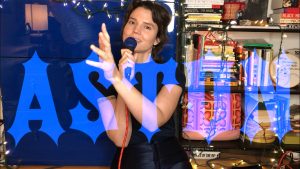 ASTON HOLLINS MCCLANAHAN is a New York City based interdisciplinary artist. A trained actor with a background in comedy and physical theatre, Aston is also a writer, songwriter, and musician. In addition to her solo pop music project, she composes classical, electronic and instrumental music scores for theatre and film. Aston plays a rainbow of instruments and frequently gigs as her own band. She is author and songwriter of 3 self-directed solo comedy/music performances: “ALASSIN SANE,” “Adam & Evie Aftershow” and “MOTHER OF ZERO.” Aston’s solo efforts have been produced by: the People’s Improv Theater, the 2nd Annual Radioactive Festival Celebrating Women Playwrights, Shellscrape Theatre Company, 2017 SOLOCOM, and by SITI Company. She is a proud graduate of the Hagen Institute at HB Studio and SITI Conservatory. In 2018 Aston completed a 4 semester teaching apprenticeship at Atlantic Acting School in Suzuki and Viewpoints, and she was nominated by the producers of “Bottom’s Dream: A Midsummer Actor’s Nightmare” (in which she also played the role of Puck) for a 2019 NY Innovative Theater Award for Best Original Music. Aston is currently recording her 2nd pop album. 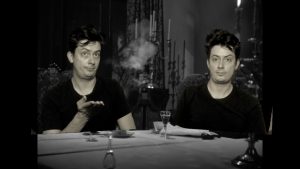 Henry has been a performer and a writer in the city for a long time. He’s done a lot and had varying forms of success but he’s old and past his prime. One day there was a tropical storm, uncommon for the area but nevertheless realistic and obvious. It was on such a rainy and windy night, among the chattering tropical insects recently transported up the eastern seaboard, the Windbag was born. It was through the Windbag, Henry thought, that finally his dreams and visions would finally be realized. The Windbag performs daily comedy shows on Twitch.tv/The_windbag and he salutes you.