Out of an Abundance of Caution: Volume 9

OUT OF AN ABUNDANCE OF CAUTION is an avant-garde microfestival LIVE + online of quick + dirty-fascinating work responding to and from the places and people with whom we select to shelter, on a wildly inclusive + non hierarchical platform
Co-Curated by: Jessica Almasy, Theresa Buchheister, Lauren Miller
Technical Coordinator: Matt JJ Miller and MB
Image by: Audrey Taylor Lane
Emceed by Gio Naraandorp
Chat opens at 7:30pm EST and will feature videos by Kate Lee, Megan Murtha, Flako + Victor
8pm-9pm EST FEATURES:
-Jerry Leiblich (Text!)
-The Million Underscores (Performance!)
-Joey Kipp (Moves!)
-Taylor Plas (Tunes!)
-Yackez (Pop!)
***
get into it early, stay w us for the long haul
entry is free
tipping is encouraged (paypal.me/outofcaution)
flying by the seat of our pants here so
anything can happen
Sunday, May 17
7:30pm EST Opens
8pm EST Show
www.twitch.tv/outofcaution
***
Gio NaraandorpGio is a Surinamese-American actor and comedian. He was born in Suriname (look it up) but was raised in the suburbs of New York (look it up). He graduated from Emerson College with a BFA in acting and moved to the Big Apple to pursue his love of larger sized fruits and acting. So far, he has nothing to report fruit-wise. When he’s not thinking about poetry or animals, he collaborates with a multitude of artists all over the city creating short films and theater pieces.***
Kate Lee presents The Bird with a Broken Wing

Kate has conquered giants with preschoolers and made scandalous films with 80-year-olds. She’s made theater in remote Australian deserts with Aboriginal communities and sent disposable cameras across a landscape the size of Great Britain. Kate spent years in a run-down Brisbane glass factory studying Japanese performance systems, and performed in a legendary Samurai town tucked away in the hills west of Tokyo. She’s told the Orestia to seven-year old’s and watched as they debated women’s rights, revenge and trial by jury. Kate has collaborated with Tuberculosis scientists, mentored performers, danced with people experiencing Cerebral Palsy and taught drama in some of the toughest schools in New York City.

Kate is a performance artist, teaching artist, socially engaged artist or community facilitator. Her 20 years in performance work is underpinned by the belief that by taking risks with creativity, we break invisible barriers and become more connected to our inner self, those around us and our communities.

Megan Murtha is a theater maker with work previously performed at The Tank, Dixon Place, The Bushwick Starr, and inside a 1999 Cadillac DeVille. She is a MacDowell Colony Fellow, a Virginia Center for the Creative Arts Fellow, a Vermont Studio Center Fellow, an Artist-in-Residence at Target Margin Theater, and has been a Visiting Artist at Bucknell University and St. Mary’s College of Maryland, where she led object theatre workshops. Her most recent show, We’re Imploding: A Toy Theatre Double-Feature, performed at The Tank (Fall 2018), was a continuation of her toy theater puppet collaboration with visual artist Mark Fox. She teaches writing at NYU.

Jerry usually lives in New York, where he usually writes plays, which usually explore the relationship between language and consciousness, and which he usually produces with his company, Third Ear. Blah blah blah awards and achievements, Jerry went to all the right schools and did all the right things, and now is armpit deep in amateurish birding.

The Million Underscores is an experimental theater company based in Brooklyn. We make highly physical and visual eccentric theater works that interrogate the action and form of theater.

Sister Jean Ra, is a nun who conjures demons and subsequently becomes possessed while wreaking havoc upon where she is summoned. She has Haunted the Gotham Girls Roller Derby, Roulette, Judson Memorial Church, and Performance Space NY. Beware she’s coming for you one horrific 80s dance move at a time. Check your QUIJI Boards kiddies here she comes.

Drawing from a deep emotional well reminiscent of torch singers from days of old, like Patsy Cline, Etta James, and Amy Winehouse, Taylor Plas stops the clocks and breaks hearts with her soulful, spitfire vocals and charming acoustic self-accompaniment.

Yackez is the World’s Most Lovable Art-Pop duo of Jon and Larissa Velez-Jackson. Jon is a songwriter, writer, and full-time journalist. Larissa is a choreographer, vocalist, and interdisciplinary artist. They live in Brooklyn with a cat and a dog! 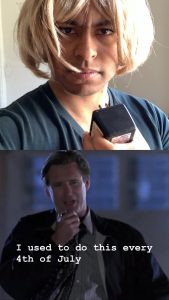 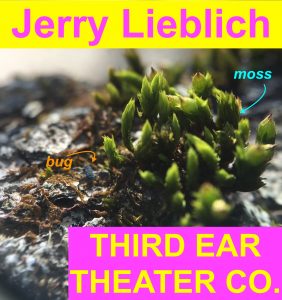 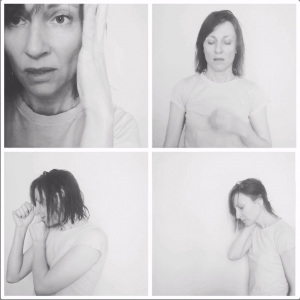 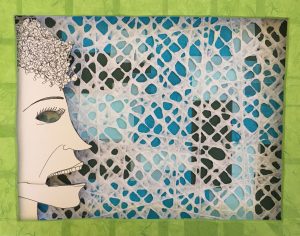 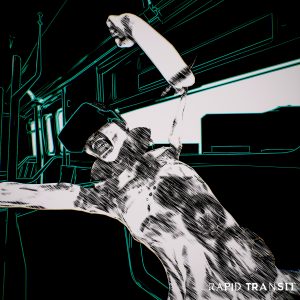 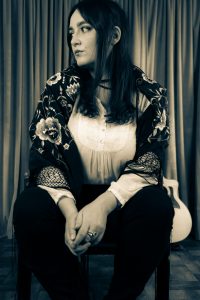 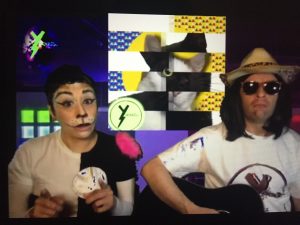 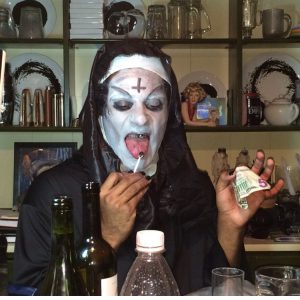