Out of an Abundance of Caution: Volume Fourteen 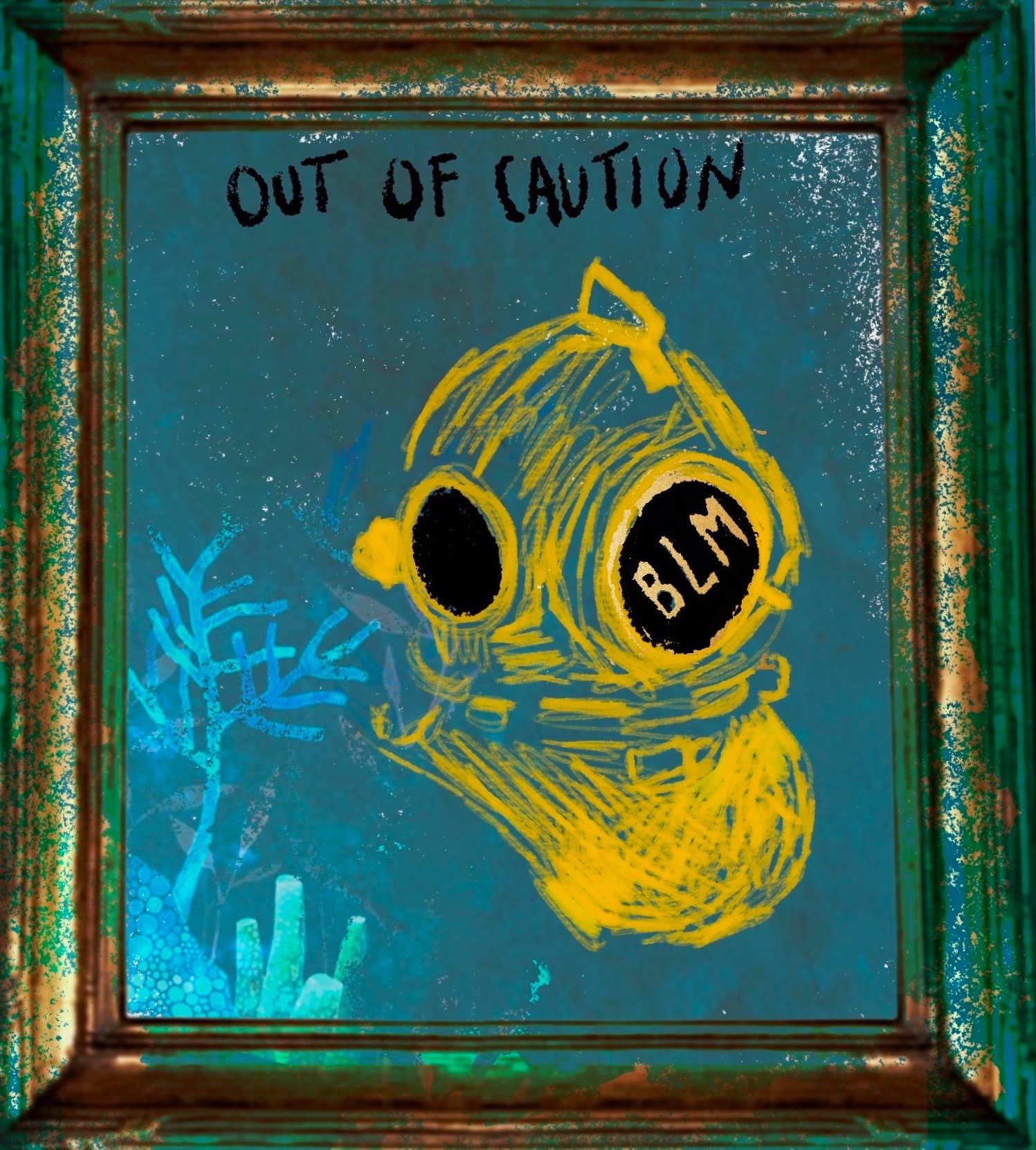 OUT OF AN ABUNDANCE OF CAUTION is an avant-garde microfestival LIVE + online of quick + dirty-fascinating work responding to and from the places and people with whom we select to shelter, on a wildly inclusive + non hierarchical platform
Co-Curated by: Jessica Almasy, Theresa Buchheister, Lauren Miller
Technical Coordinator: Matt JJ Miller
Image by: Audrey Taylor Lane
Host: Xavier Rice
Featuring:
Lorene Bouboushian
Charlie Adkins
Sergio Castillo
Shakara Rose Carter
REACH OUT IF YOU HAVE NEED OF A PLATFORM
***
get into it early, stay w us for the long haul
entry is free
tipping is encouraged (paypal.me/outofcaution)
flying by the seat of our pants here so
anything can happen
Sunday, June 2
8pm EST Show
www.twitch.tv/outofcaution
***
Sergio Castillo presents My Brooklyn
Sergio Castillo is an actor, writer, director, and producer for both theatre and film. Originally from California, Sergio has been seen in many productions on both coasts. He was a member of The Company of Angels in Los Angeles where he appeared in La Puta Vida and several original works. He also performed at The Latino Theatre Company and has a BA in Theatre-Directing from UCLA. He completed his MFA at the Actors Studio Drama School; Pace University.
In the summer of 2012 he starred in his first lead in his first feature film entitled Hole In The Wall, produced by Sergeant Pictures. The film had its world premiere at The Manhattan Film Festival and went on to win several awards: 2nd Place Silver Award at The International New York Film Festival, Best Family Comedy at The Manhattan Film Festival, and was awarded at The United Latino International Film Festival. He also starred in the film Reina, which was officially selected at the Atlanta Comedy Film Festival, the Portland Comedy Film Festival, the NOVA Film Festival, and the Washington, DC International Film Festival.
In 2018, Sergio returned to NYC after touring with TheaterWorksUSA’s production of Charlotte’s Web. He had the opportunity to perform in New York, New Jersey, Massachusetts, Maryland, Tennessee, North Carolina, South Carolina, Florida, Georgia, and much of the east coast.
His NYC acting credits include: Audience Participation (Manhattan Repertory Theatre Festival Winner), The Prenup (Strawberry Festival Finalist), Dust (Third Room Productions), Kristina (August Strindberg Repertory Theatre), The Councilwoman (West Village Musical Theatre Festival), After (End Rape Now), Plutus (Curious Frog Theatre Company), The Taming of the Shrew (Queens Players), The Bald Soprano (Dance New Amsterdam), and Hello Out There (Dance New Amsterdam).
Sergio has also directed and starred in six films: My Brooklyn (Praxis Culture Films) Have You Ever Been With A Latin Guy?(Praxis Culture Films), Coda For A Dream (Praxis Culture Films), No Translation (Praxis Culture Films), Lonely Ciphers (Working Class Films), and Never Worn (Working Class Films). He was also featured in Moth, which won Best Experimental Film both at the California Women’s Film and The Monthly Film Festival. He also starred in Perfect Life, Inc, which premiered at the Knickerbocker Film Festival, Bits & Pieces (New School), and Ali (NYU). In regional theatre, Sergio’s credits include: Hector Lopez in The Hunterdon Hills Playhouse’s production of Squabbles in Hampton, New Jersey and Sebastian in The Tempest for The New Art Theatre in Manchester, New Hampshire.
He has also made several television appearances, which include: Redrum (Investigation Discovery), Scorned: Love Kills(Investigation Discovery), Monsters Inside Of Me (Animal Planet), and Mysteries At The Museum (Travel Channel). He has also been featured in various internet projects, including numerous appearances on CollegeHumor.com, UpWorthy.com, and MTV Decoded.
In the summer of 2013 Sergio directed the world premiere of the one woman show entitled The Hat at The New York International Fringe Festival. In the summer of 2015 he returned to The New York International Fringe Festival as the director and author of the controversial new play I Want To Kill Lena Dunham. Prior to the FringeNYC production, the play was produced in Los Angeles under the Fringe Theatre Company. He was also the author of his newest play Radical, which had its world premiere at the Metropolitan Playhouse. He developed the play further and starred in it at the Sanctuary Festival, which was held at the HERE Arts Center in NYC. Radical was later produced by The Praxis Culture Theatre Brigade and staged at Under St. Marks in New York City.
Sergio is also the author of Delicate Nothing (Manhattan Repertory Theatre), Strangely Visited People (Play Club), Astral Weeks, Coyote (co-author), Cyprus Avenue (co-author), Meet Me Under The Bleachers and Underground Tequila. He has lectured on theatre and film at Saint Anselm College, the University Of Oregon, and Stanford University (Silicon Valley Latino Leadership Summit).
He has served on the Brooklyn Arts Council’s Community Arts Grants program and he is the co-founder of Praxis Culture Films. He is a proud member of SAG-AFTRA and AEA.
***
Shakara Rose Carter presents Triptych
Shakara is an actor, creator, puppeteer and writer from Yorkshire in the UK. She is one half of The Panda Project, created with collaborator Nihaarika Negi; a concept whereby two women of colour embody ‘ panda personas’ in order to explore their exoticized ancestries through the only language they know – that of their colonisers. A satirical piece that seeks to open a rigorous dialogue about the intersection of art, race and popular culture and the unfathomable effect that has on identity as seen through the eyes of the fictional “Panda Diaspora.” Shakara played Hermione on her MA programme’s spring production of A Winter’s Tale, she also trained at Shakespeare’s Globe where she played De Flores in The Changeling.
As an actor she has worked with the Manchester Royal Exchange, SlungLowShorts, Caviar Content, The Criterion, The Albany Theatre with Rena Brannan, Freedom Studios and BBC Radio 4’s Contains Strong Language Festival. As an artist maker she has presented at Camden People’s Theatre and received support from Arts Council England and Eclipse:SLATE. She is currently a student at the Royal Conservatoire of Scotland on the Classical & Contemporary Text Masters in Acting – though technically she’s on a year long deferral due to COVID-19.
***
Lorene Bouboushian presents COINTELPRO reading + The Butthole Aria

***
Charlie Adkins-Courtney presents a series of shorts, and Diss My Able Brain
Charlie is a 19 year old from Brooklyn who is excited to be reading some of his poems tonight.
+ Google Calendar+ Add to iCalendar