Out of an Abundance of Caution: Volume Sixteen – Long Form! 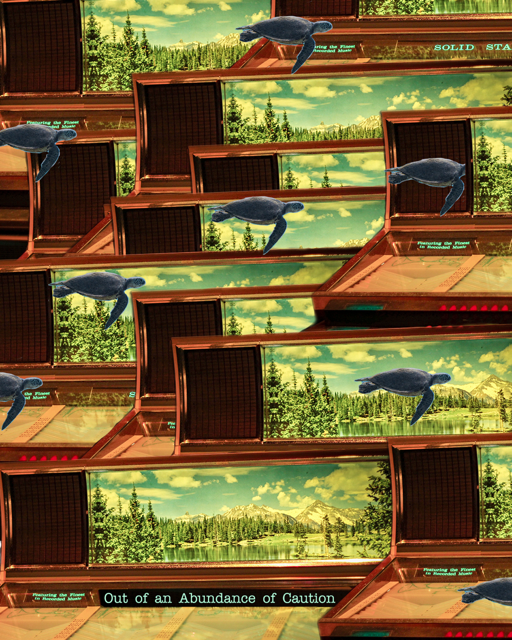 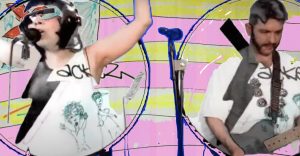 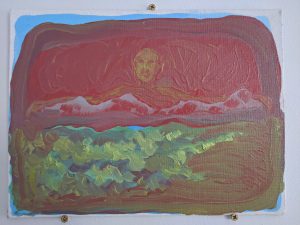 Sleth/Scott/Abby present:
Rain (Rain) On (On) me [faint shrieking]

A new short play by Abby Entsminger, Scott Ries and Sleth, a trio of Brooklyn writers and performers. It is part sea shanty, part monster movie, part invocation of rain.Three creatures find themselves at the mercy of the weather. They all crave the rain and the power it brings them. Drawing upon the canonical text of Lady Gaga’s top hit from her 2020 album, this play is a disaster.

Abby Entsminger as ‘The Ground Beast’

Scott Ries as ‘The Man with the Lawn’

Sleth as ‘The Sentient Cloud of Plankton’

Abby Entsminger, Scott Ries and Sleth have been writing together since 2016. Their plays include The Tulsa Swinton Variety Hour, The Spooky Classroom for Experimental Ethics and Sexless Cocaine Saturday. Abby is also a painter and set designer; Scott is a video/sound artist; Sleth is a performance artist. For this performance, Abigail made the miniature set used in the end, Scott developed the Rain on me synth; Sleth edited the videos in the first section.