The Blurring Test – Songs from MrMind 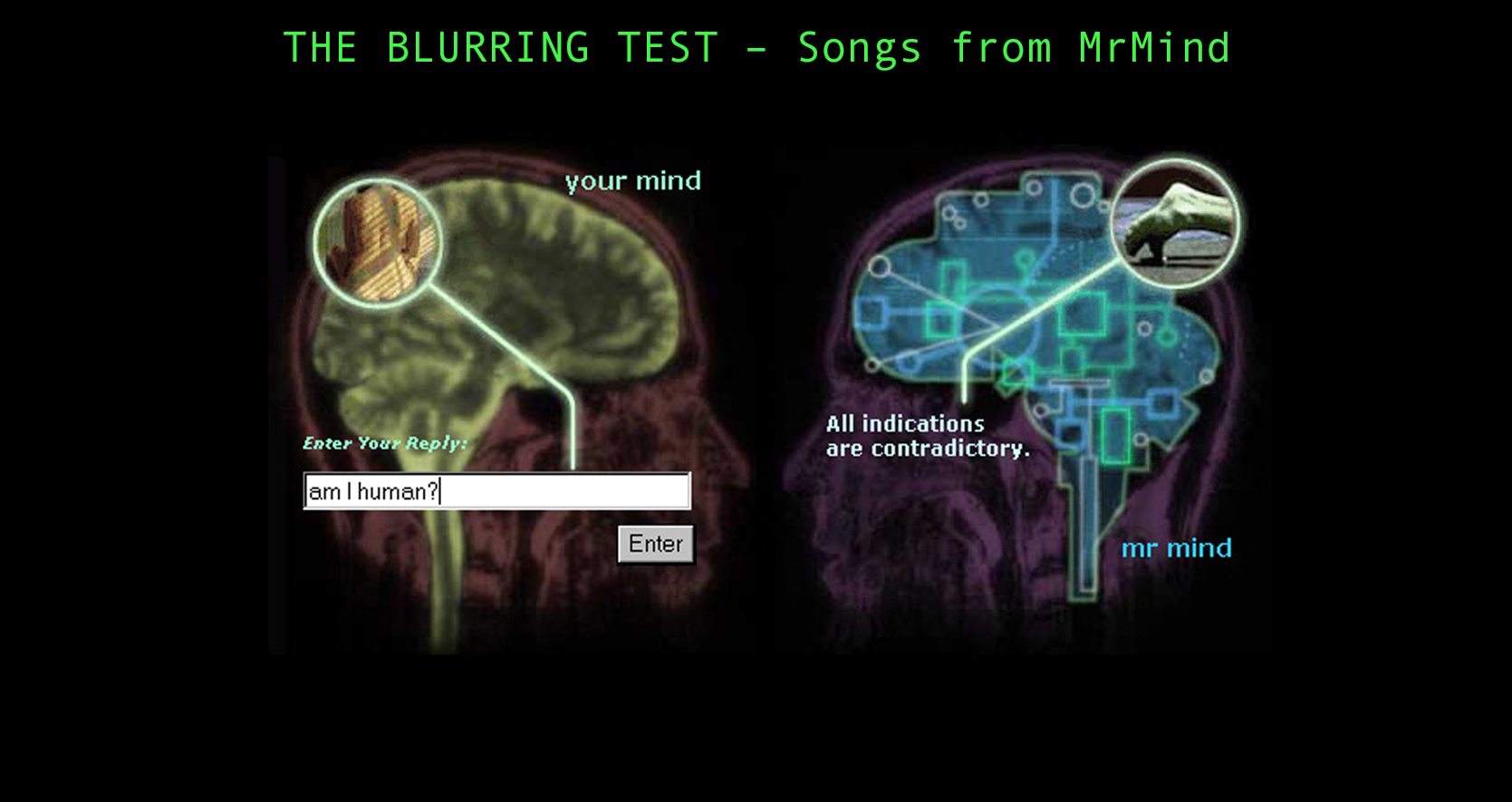 Can you convince your computer you are human? Varispeed performs a new song cycle based on The Blurring Test: Conversations with the online chatbot MrMind on what it means to be human.

Music composed and performed by Varispeed:

From 1998 through 2014, an online chatbot named MrMind administered The Blurring Test, asking simply, “Can you convince me that you are human?” The sixteen years of online conversations, from all over the world, form a human chorus proclaiming our vision of ourselves during a time of significant transition in the relationship between humans and machines. Can you convince your computer you are human?

This new song-cycle is a musical adaptation of the texts by Peggy Weil based on transcripts from conversations between MrMind and humans from around the globe. This suite of eleven songs is scored for voices, electronics and instruments, utilizing the composers’ aesthetic diversity: (opera, art song, folk song, improvisation, synth and drone music, and movement) to highlight the breadth of conversations with MrMind.

Varispeed, working across genres and performance styles, approach this critically important topic through Peggy Weil’s libretto and decades of transcripts. This evening-length concert will be accompanied by projected text compiled and designed by Peggy Weil.

Peggy Weil, a Los Angeles based artist, initiated The Blurring Test as a global conversation on humans and machines in 1998. The website, MrMind.com was one of the very early examples of net art and perhaps the first to employ a working bot. Her libretto is compiled from sixteen years (unprecedented longevity for digital art) of transcripts representing the current, and as yet unfolding, story of our relationship with machines. She has exhibited widely including The Climate Museum in NYC and LACMA in LA.