Brick Archival Streaming Series #6: Biter (Every Time I Turn Around) 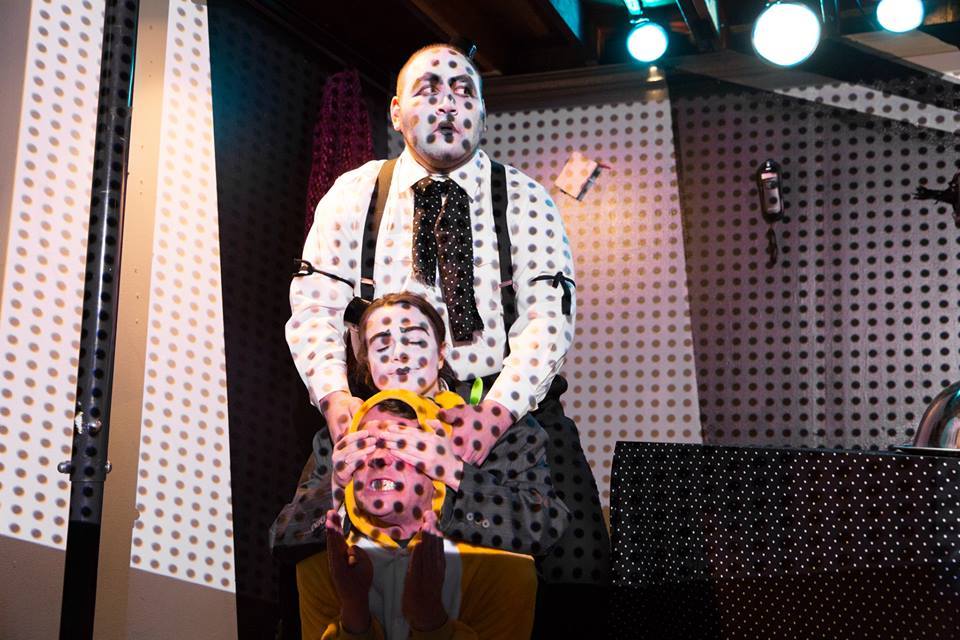 The Brick Theater proudly invites you to The Brick YouTube Channel for the video premiere of  on Thursday, May 21 at 8pm EST.

Title:Point is proud to invite you to our digital-re-re-mounting of Biter (Every Time I Turn Around), an original comedy written by Spencer Thomas Campbell and Ryan William Downey, originally staged in 2015 at The Silent Barn and then again as part of the first Exponential Festival.

‘How did this happen? Why did this happen? That’s the truth we must discover by taking a hard, manly look at the evidence, buying it a drink, and loving it tenderly against the countertop or miniature fridge of our hotel room until it talks, talks, talks in the language of love, which is composed entirely of the word ‘yes.’’

A Postman delivers an ominous package; Two Gentlemen throw a party for the Birthday Bear; a Fish hired to entertain recounts his life in its final moments…  and more!  (No Spoilers…)  If they can all just keep their arms attached to their bodies, it ought to be a rousing success! Title:Point’s wild production is a sincere slapstick gore-fest examination of personal prisons and animal urges. 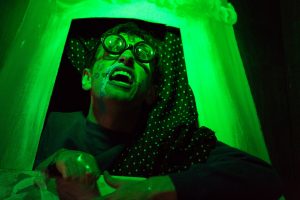 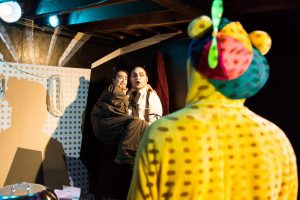 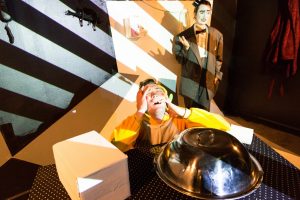 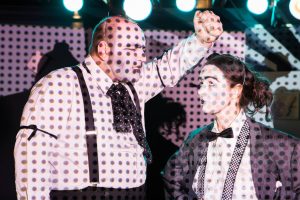 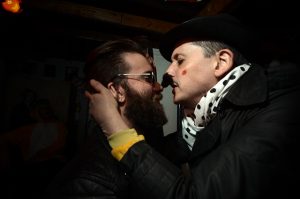