Out of an Abundance of Caution: Volume 10

Chat opens at 7:30pm EST and will feature videos by The Nervous

I am a performance artist and musician and teacher on sabbatical
with my family in Nosara, Costa Rica for the school year, now a little bit stuck in
Costa Rica but not too upset about that. Down here I have been playing music
with a great group of Tico jammers from the Costa Rican bands Kombo Style and
Perro Mop. The project is called ACID KONGA… an eclectic electro cumbia art
ska band that this lockdown put a stop to, but will ride again… @acidkonga —
otherwise I am excited to some time soon be coming home to Brooklyn to start
teaching again and to start playing out again as LUMBEROB @lumberob
#lumberob and with my band CUSHIONS @cushionsband #cushionsband which
is me and the super lovely drummer baker chef Kristin Worrall

Formed in 2011, The Nervous dwells in NYC but was born in a
nondescript backwoods bar that serves moonshine and soul. The Nervous is the
last shot of whiskey. It uses the Blues as tobacco and spits out decadent bones
in its withered frame. And then kisses you like an old lover.
The Nervous is Cherrye J. on vocals and percussion and Donte Bonner on guitar
and the 808.

Shakera and Nihaarika are an international collaboration born in 2017
(one year after China first employed Panda Huggers). Thanks to support from
Arts Council England, Shak and Nihaarika began a conversation in India about
their fathers that ended In Need Of Hugs. They have since been finding more
and more sympatico between the Facts we think we know about Pandas, and the
modern experience of their lives as diasporic, fetishised humans of colour in a
world built on the colonial map.

Eric Holm is a multidisciplinary songwriter and theater-maker based
in New Orleans, quarantined with his family in South Dakota in the wake of his
father’s death. Curator/producer at Cloud City (2014-19); BREAD Arts Collective
founding member. Holm makes ‘radical queer country music’ and recently
released a self-titled debut. As Teacher Eric, he makes music for very young
people and their grownups. Preston Holm is a New Orleans-based producer,
engineer, songwriter, and educator. He’s a leader at The Embassy, a non-profit
music organization collaborating with under-resourced artists.

Sanaz Ghajar is an Iranian-American director, writer, and DJ whose work has been described as “ambitiously subversive” and “unapologetically experimental” (Time Out NY).  After over ten years of
directing and devising ensemble based experimental theater, Sanaz has started to write and perform personal work. She is currently an Audrey Resident at New Georges with her upcoming piece IRANIAN GIRLFRIEND, a comedy about displacement, divorce, and strawberry jam.
It tells the story of an Iranian-American girl growing up in both countries, confronting contradictions within both cultures as she pursues love and reads about revolution.

Nathan Repasz is a Brooklyn-based musician, improviser, and theatre artist.

I am an audiovisual artist from NYC. I use collage for both my sounds
and video. I have had my work shown at Brooklyn Museum, Lightbox NYC, and
Magic Box at the Reef LA. 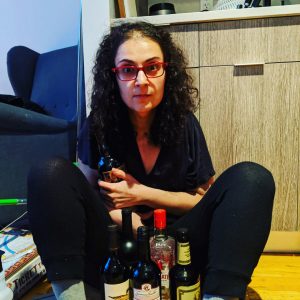 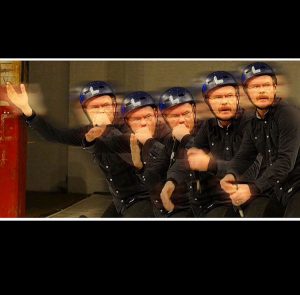 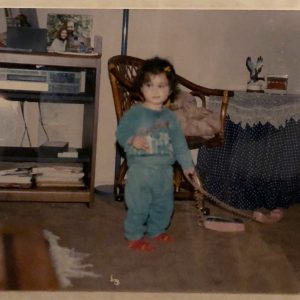 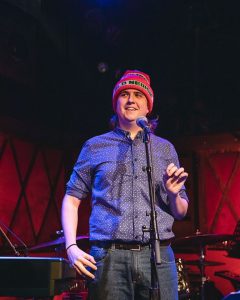 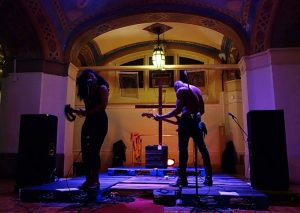 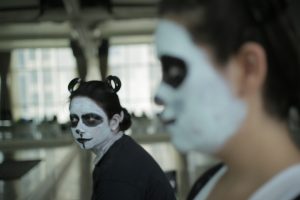