Out of an Abundance of Caution: Volume 25 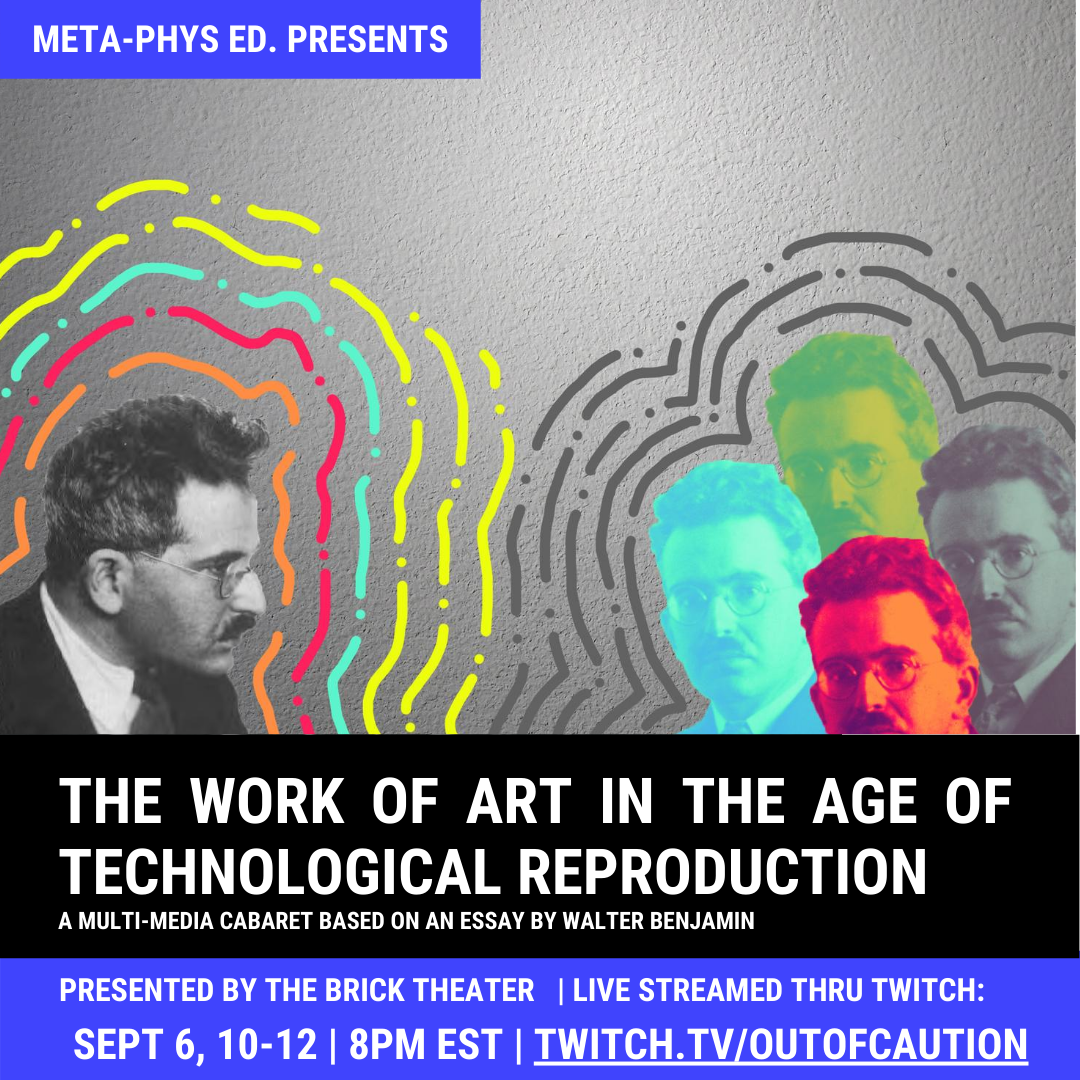 Based on an essay by Walter Benjamin
Directed By Jesse Freedman

A multi-media cabaret about art, technology and the fight against fascism.
The iconic German-Jewish critic, Walter Benjamin, wrote this influential essay in 1935 while running from Nazis. 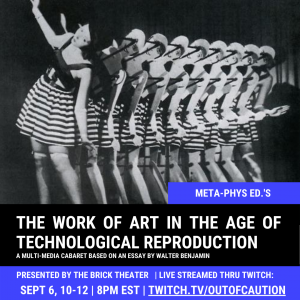 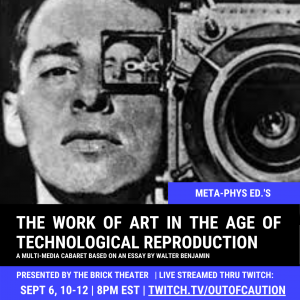 Out of an Abundance of Caution: Volume 25
Meta-Phys Ed.