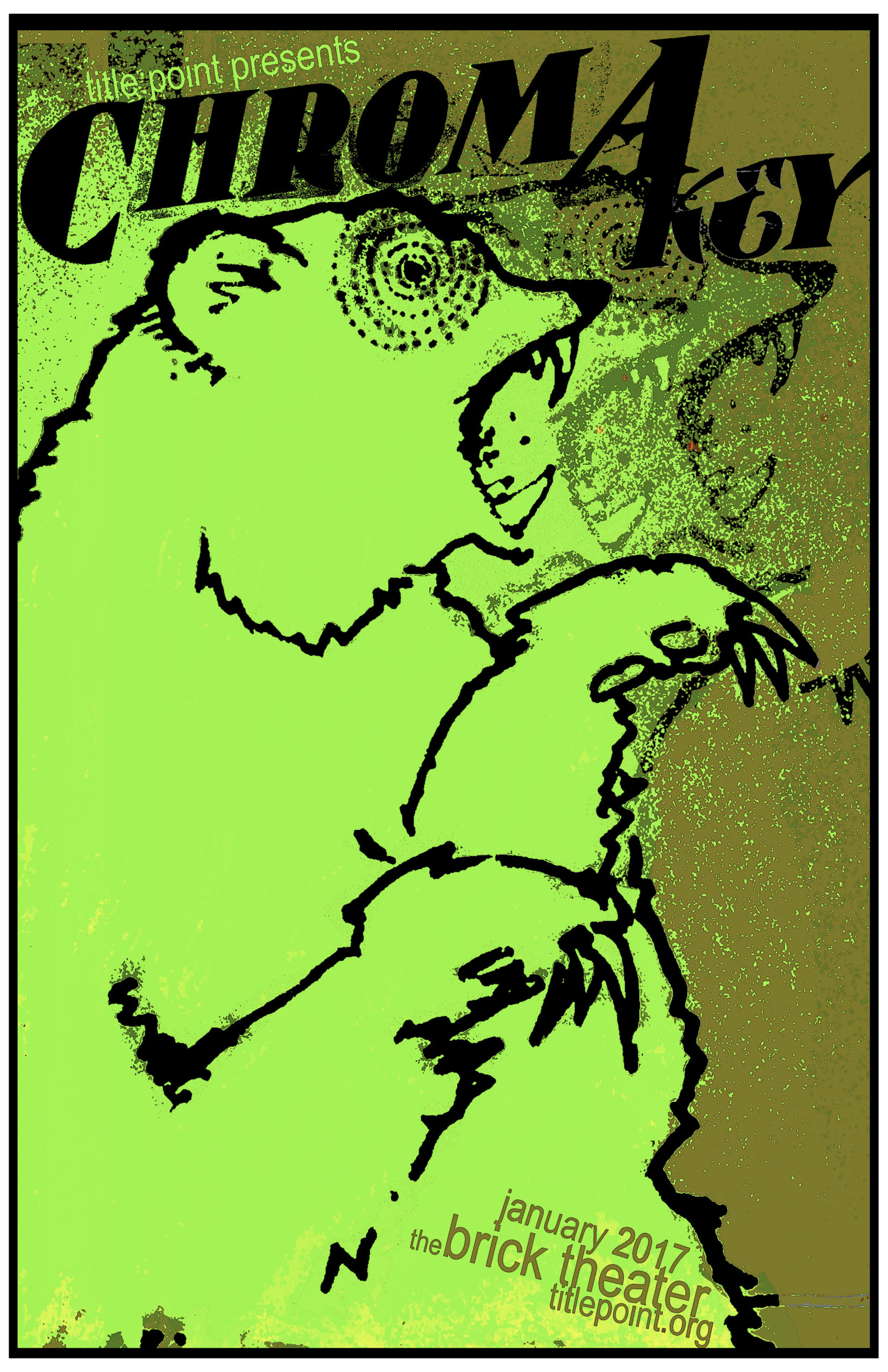 The Brick Theater proudly invites you to The Brick YouTube Channel for the video premiere of Chroma Key on Friday, February 19 at 8pm EST. 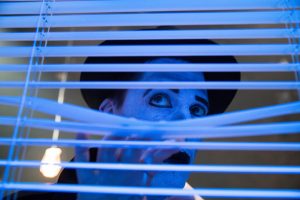 Chroma Key is an existential gross-out comedy about a woman pulled through parallel universes, and the dangerous things she brings with her. From an uncomfortable drive through the woods to an out-of-control detective novel where the narration disobeys its own narrator, to a nightly news broadcast performed by vomiting preteens with excellent spelling, no story seems safe enough for her to stand at its center.

Chroma Key is a play about good stories told by bad people, and the woman fighting to get out of them. It is also a psycho-comedy packed so densely with jokes that it is impossible to catch them all on the first try, a noir mystery with a shocking revelation, a time-travel story, a meditation on discourse and power, and a sick, wet, bloody mess. 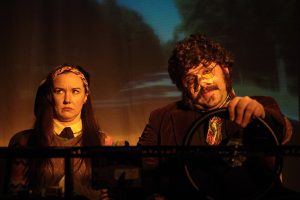 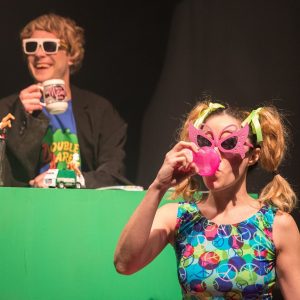 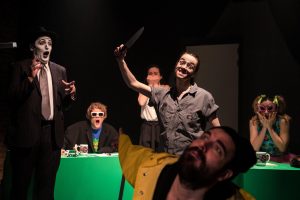 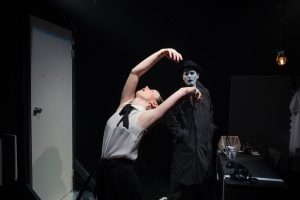 From Helen Shaw at TimeOut NY:

“Does it go off the rails? Like a runaway train, baby. We’re left breathless trying to keep up with Campbell’s wordplay and cartwheeling absurdism; it’s simultaneously brutal, hilarious, disgusting and dumb as two rocks banging together, and dazzlingly clever. It’s also the messy-brilliant sort of outsider art that was promised us when we came to New York, so if you’ve been hankering after good old-fashioned downtown-style anarchy, you must get yourself to the Brick.”

“It moves like a commedia that’s been given speed, then acid, then speed again. The actors are tremendous, particularly Justin Anselmi as a child newscaster and Ford, on whose lickety-split delivery much depends.”

“The kicker is that Chroma Key is not just zaniness, there’s craft here too. And really there needs to be: you’ve got to have titanium in your undercarriage to withstand pressures at this speed.” 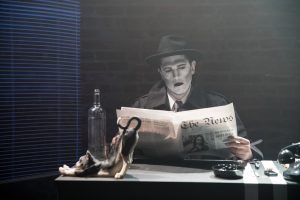 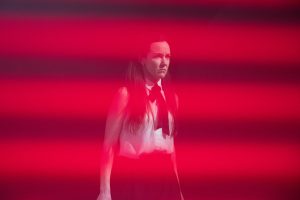